Blowing Up Trees: A Life Lesson 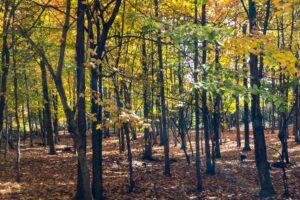 Measure twice, cut once, carpenters say. With the price of wood, that’s even better advice than it used to be. Calculate twice, blow up once, is also good advice, as a story from the English writer Evelyn Waugh shows.

Waugh became famous as a writer in the 30s with a series of satirical novels. They included Scoop, one of the funniest books about the press ever written. He’s probably best known now for his novel Brideshead Revisited, about God’s working in a noble, wealthy English family. It was turned into an excellent TV series back in the 80s. Then into an unsatisfactory movie a few years ago. The movie left out the religion, which is the entire point of the story, but then that’s Hollywood.

Waugh wrote it while he was in the army. How, you ask? In part because he was a very bad soldier. Being of the right class with the right connections, he got a commission in the army, for a life to which he was terrifically unsuited. His unit went off to fight in Crete one time and left him behind, because so many of his fellow soldiers disliked him. Apparently, a lot. The army seemed happy to give him a lot of time off.

Waugh tells the story in a letter to his wife Laura. It’s published in his collected Letters. He wrote it on May 31st, 1942. Here’s the story. D.S.O. stands for “Distinguished Service Order,” a decoration given to soldiers for leadership. A subaltern is an officer with a rank below captain.

Waugh’s unit, stationed in Scotland, wanted to be friends with the local large landowner, Lord Glasgow. They offered to blow up an old tree stump. The offer pleased him, but he asked them to be careful not to hurt a group of young trees nearby, which he quite liked. Lord Glasgow called it “the apple of his eye.” They told him they could blow up a tree so “it falls on a sixpence.” He told them they were clever and asked them to lunch to watch the explosion. Waugh writes:

So Col. Durnford-Slater D.S.O. said to his subaltern, have you put enough explosive in the tree. Yes sir, 75 lbs. Is that enough? Yes sir I worked it out by mathematics it is exactly right. Well better put a bit more. Very good sir.

And when Col. D. Slater D.S.O. had had his port he sent for the subaltern and said subaltern better put a bit more explosive in that tree. I don’t want to disappoint Lord Glasgow. Very good sir.

Then they all went out to see the explosion and Col. D.S. D.S.O. said you will see that tree fall flat at just that angle where it will hurt no young trees and Lord Glasgow said goodness you are clever.

So soon they lit the fuse and waited for the explosion and presently the tree, instead of falling quietly sideways, rose 50 feet into the air taking with it one half an acre of soil and the whole of the young plantation.

And the subaltern said Sir I made a mistake, it should have been 7.5 lbs not 75.

Lord Glasgow was so upset he walked in dead silence back to his castle and when they came to the turn of the drive in sight of his castle what should they find but that every pane of glass in the building was broken.

So Lord Glasgow gave a little cry and ran to hide his emotion in the lavatory and there when he pulled the plug the entire ceiling, loosened by the explosion, fell on his head.

David Mills is a senior editor of The Stream. After teaching writing in a seminary, he has been editor of Touchstone and the executive editor of First Things. His previous article was They Lied About Tolkien.

The post Blowing Up Trees: A Life Lesson appeared first on The Stream.