We Have Met the Taliban, and It Is Us 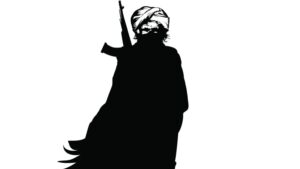 As Americans try to understand our 20 years of wasted effort fighting to “democratize” the Middle East, we thought it time to dig deeper. Are there philosophical reasons why we can’t seem to prevail over reactionary theocrats? What corrupt mental habits have captured our elites? Why are we ashamed of ourselves? Should we be? The Stream’s John Zmirak decided to interview political philosopher and Reagan-era civil servant Robert Reilly. He is author of The Closing of the Muslim Mind, America On Trial, and many other books.

John Zmirak: On the 20th anniversary of 9/11, the Taliban is sifting through $85 billion in advanced military equipment the Biden administration left behind as a present. Kabul is weighing whether to let its longtime ally China use Bagram airbase. Has this conflict revealed Osama bin Laden as a strategic genius, who understood America's weaknesses and played into them perfectly? What is the Muslim world making of this 20 year conflict and its outcome?

In his "End of History" article, Salman al-Awdah, one of bin Laden's spiritual mentors, said:

The oppressors are the swords of Allah on earth. First Allah takes his revenge by them, and then against them. The same as Allah has used, in Islamist eyes, the United States in order to destroy the Soviet Union, so he will take revenge against the Americans by destroying them.

It is particularly apt in Islamist eyes that the venue for America's defeat should also be Afghanistan. This perception will energize and revitalize the global jihadist movement. It would be difficult to overestimate the effect of the U.S. defeat. The ranks following the "strong horse" will swell considerably. As Indian strategic thinker Dr. Ajai Sahni said:

I would ask you to try to project what the world would be in the case of a premature Western withdrawal. It would be a very difficult world, a world of Islamist triumphalism. This is not about Islam and never has been but it is about a particular interpretation of Islam. There are tens of thousands of people who are currently sitting on the fence, whose sympathies are with al Qaeda and the Taliban. If they saw what they would interpret as Islam's defeat of the world's sole superpower, and of the coalition of the great powers of the world, they would switch over their allegiance and would become active jihadists. 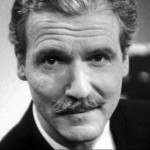 George W. Bush is equating the January 6 protestors with the 9/11 hijackers. Almost half of the Deep State veterans who claimed that the Hunter Biden laptop was Russian disinformation were GOP appointees. Are the elites of both parties equally hostile to traditional America and the Republicans' voter base? What litmus test should we apply to see which Republicans we need to purge?

From my time in the Reagan administration, I learned that the enemies for upper tier Republicans were the conservatives. As you well know, the Republicans were trying to “save” Reagan from himself, which is why we in the White House who supported the president's agenda were opposed.

Among my duties, I was President Reagan's liaison to the pro-life movement. My litmus test for Republicans is whether they acknowledge that an unborn child is a human being whose right to life is inalienable. I don't think the Republican leadership ever understood how Reagan put together a winning coalition that included the Reagan Democrats. Therefore, they squandered it. Trump was successful in putting large parts of it back together. He was certainly the most pro-life president we've ever had, just as he has been replaced by the most pro-abortion president in our history.

Is the Velvet Glove Coming Off The Hive’s Iron Fist?

Would you agree with Michael Anton and Angelo Codevilla that we're now ruled by an Oligarchy, which has finally decided to dispense with even the pretense of liberty and democracy?

No, the pretense is still there, but the totalitarian grip is getting tighter. Now, it is simply a matter of power. The velvet glove is coming off the naked fist. In the waning days of the Trump administration, I returned as director of the Voice of America. As I had anticipated, the liberal press became apoplectic. No one holding my views on Islam or on the evils of homosexual acts should, according to them, ever be allowed back into public life. Still, when security escorted me out of the building when I refused to resign, I was allowed to get in my car and go home. I wasn't put up against a wall and shot, which is what the future may hold if things continue to degenerate.

Both St. John Paul II and Benedict XVI warned against the dictatorship of relativism and totalitarian democracy. We are now living through what they were warning against.

As far as oligarchy is concerned, the oligarchs went to the same liberal schools as others did. I think the defining division in American life is now between those who went to college and those who did not. The members of the latter group preserved their sanity and some connection to reality. The former group's members have been educated beyond their intelligence and are submersed in unreality.

I had this confirmed in a recent conversation with a Marine Corps officer. He told me that amongst Marines those who have not gone to college oppose the wokeness and LGBT agenda that is being imposed upon them, while the college educated, even in the enlisted ranks, see no reason to oppose it.

The Death of Reason, East and West

It's the 15th anniversary of Pope Benedict's Regensburg address. In it, he warned that a deep irrationalism threatens the world. He drew fire by locating it equally in the West and the Muslim world. He said that we're letting power, or Will, prevail over Reason. In the West, the powerful can insist that we respect Bruce Jenner’s will to become a woman, and punish us if we resist. Or homosexuals' will to contract legal marriages. Or pro-choicers' will to dehumanize unborn babies.

In the Muslim world, Allah's will prevails over reason, meaning that not even scientific laws are absolute. Allah might turn all men into women at any given moment. You wrote about Islamic anti-rationalism in The Closing of the Muslim Mind. Do you see a parallel here? Is this structural similarity part of why the Left overlooks Muslim atrocities, and prefers Muslims to Christians?

Yes, the parallel is in the primacy of the will and the subjugation of reason to the will. Reason simply becomes an instrument of the will to find the easiest way to reach what is willed. There is no standard outside the will to judge the morality of what is willed. It is the judge of itself. This view has become regnant in the West. Its earlier incarnations were in the form of the Nazi and Communist ideologies.

Today, we are witnessing the retribalization of society through so-called "identity politics." That appears to be a melange of the race and class theories of history jumbled together with a soupcon of sexual perversion. 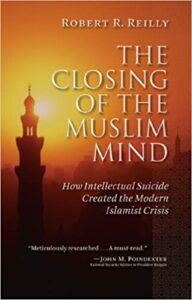 However, there are big differences. In the predominant Ash'arite theological school of Sunni Islam, Allah is pure will and power, unconstrained by reason. But Allah has laid down a set of laws which Muslims are expected to obey if for no other reason than that Allah has willed these laws. Some of the laws regard ritual matters. Others deal with morality. These latter laws forbid abortion and unnatural sexual practices. In Islam, the family is held sacrosanct. The United States has made itself a laughingstock in the Muslim world by its open espousal of sodomy and homosexual so-called "marriage." So, the primacy of will in Islam has a theology behind it. The primacy of will in the West has only an anti-theology behind it. In Islam, God's will has primacy; in the West, man's will has primacy.

The far Left is attracted to Islam because of a shared detestation of the United States. It's the same reason why some of these same people supported the Soviet Union. If you hate America, we're on your side. But these useful idiots don't understand that they would be the first to go if the side they're supporting succeeded.

From Intelligent Design Back to Natural Law?

In America on Trial, you write about Natural Law as the bedrock of the American experiment. Do you think the growing popularity of Intelligent Design can help lead people back toward Natural Law? More and more scholars, such as John Lennox and Stephen Meyer, are showing that random chance simply could not been behind the fine-tuning of the universe. Or the origin of life. Are we poised for the resurgence of Natural Law? Or will we have to wait until its abandonment plays itself out, and we live in a Mad Max hellscape? Then the "Gods of the Copybook Headings with terror and slaughter return"?

I recently came across a wonderful statement by Beethoven: "It was not a fortuitous meeting of chordal atoms that made the world; if order and beauty are reflected in the constitution of the universe, then there is a God."

Everyone who goes to a doctor believes in natural law without knowing it. It's very clear what health is in the human body. An ophthalmologist may be able to restore sight to an eye because he knows it was made for seeing. The patient goes to see the ophthalmologist for the same reason. Now, if the eye has an intrinsic purpose, doesn't the human being as a whole have a purpose, as well? That larger purpose is what is set forth and guarded by the natural law, by which we mean the moral law that is intrinsic to us. Observing that natural law is the only path to happiness. Aristotle knew this and so did the Founders of the United States.

I do think there is an opportunity for a return to natural law, but our recovery must primarily be a spiritual one. Speaking of Solzhenitsyn and the experiences of spiritual recovery in Soviet camps, Dr. Gerhart Niemeyer, said, "These examples teach that 'a return' is possible, but also that no return may be possible without something like an annihilating situation... no recovery of order can be had by a merely intellectual tour de force: nothing short of a soul-shaking experience can stir up the ashes of lost truth." We may be approaching such an annihilating situation. Rather than letting such a prospect depress us, we should see and prepare for it as an opportunity for the recovery of order. Part of that recovery requires appreciation of natural law.

The End of Church Or State?

We’ve seen how Pope Francis has abused the office of the papacy, and contradicted teachings of his predecessors. Do you think the papacy has been permanently reduced in scope and authority? Or have we just seen the exaggerations that came after Vatican I trimmed away?

I think the confusion he has created has been highly unfortunate. However, I don't think your question can be answered without knowing who his successor will be. If it is someone like the great Cardinal Sarah, there will be no permanent damage. In any case, the United States may come and go, but the Church, even if greatly diminished, will perdure.

The post We Have Met the Taliban, and It Is Us appeared first on The Stream.