Report Cites These Scientific Facts About Unborn Babies at 15 Weeks 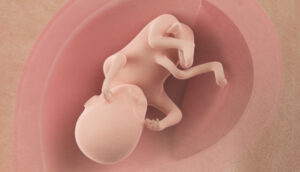 A new report from the pro-life Charlotte Lozier Institute highlights scientific facts about babies at 15 weeks of gestation in the run-up to a monumental and contentious abortion case before the Supreme Court.

The report, called "15 Facts at 15 Weeks" and first obtained by The Daily Caller News Foundation, is intended to help the public, media, and lawmakers understand the science behind fetal gestation before the high court considers a Mississippi law that bans abortions after 15 weeks.

"How can you follow the science of a 15-week preborn baby already being left-handed, with a heart that's beat nearly 16 million times, and still fight to deny this little boy or little girl all of their unalienable rights?" Charlotte Lozier Institute President Charles A. Donavan asked in a written statement. "Why does the abortion industry assume the right to play God?"

The institute's report dives into the details of fetal development, noting that an unborn baby at 15 weeks' gestation has all its major organs formed and that the baby's heart, which pumps 26 quarts of blood per day, has beaten approximately 15,800,000 times.

Each of the unborn baby's fingers can move separately, the report says, and the baby will choose between sucking its left or right thumb and will respond to touch and taste.

The baby also will have been practicing breathing for over six weeks and can feel pain, according to the report. An unborn baby girl already will have most of the eggs that she ever will produce at 15 weeks, and much of the baby's skeleton will have hardened from cartilage into bonet.

"It is interesting to note that in prenatal surgeries, the fetus is anesthetized separately from the mom to create the best outcomes," Lozier scholar Katrina Furth said in a written statement, adding:

These preborn babies show preferences independent from their mothers and have goal-directed behaviors. To say these amazing, tiny baby girls and boys don't deserve the same human rights as you and I is to deny the clear evidence of science.

After the 5th U.S. Circuit Court of Appeals struck down the law in December 2019, Mississippi asked the Supreme Court to take up the case.

The Dobbs case will touch on the landmark Roe v. Wade ruling in 1973 legalizing abortion across the nation, since the Supreme Court will hear arguments on whether abortion bans prior to fetal viability are constitutional, signaling that the court is focused on the constitutionality of legal limits on late-term abortions.

"That the Supreme Court is considering this Mississippi law is a promising signal that perhaps a majority of justices wish to give states greater power to regulate abortion," Steven H. Aden, chief legal officer and general counsel for Americans United for Life, said in a May statement. "At the same time, if the court rejects Mississippi's commonsense HB 1510 protections, the pro-life movement will face a fundamental reckoning."

The post Report Cites These Scientific Facts About Unborn Babies at 15 Weeks appeared first on The Stream.