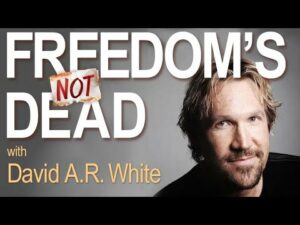 David A. R. White, the star and producer of the “God’s Not Dead” movie franchise talks about the new film subtitled “We The People.”

James Randall Robison (Randy) is a writer, producer and host for the television program LIFE Today. His books, interviews and other materials can be found at randyrobison.com.