Book Teaches How to Test a Vision of Justice 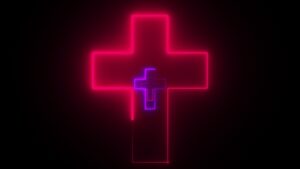 The term "social justice" divides Christians. For some, these words signal action that the church has long put off, to its shame. For others, they mean a misguided project poisoning all it touches. Others are undecided or confused about it all.

Thaddeus J. Williams aims to help Christians think through the debate in his book Confronting Injustice without Compromising Truth. He affirms that social justice can be biblical. Yet, he warns against a popular counterfeit. He calls biblically sound justice "Social Justice A." The deadly fake he calls "Social Justice B." To tell the two apart, he asks a dozen questions. They test a vision of justice for its effects on worship, community, salvation, and knowledge.

All Injustice is Idolatry

The first three questions show worship to be central to justice. For Williams, all injustice boils down to humans' failure "to have no gods before God." He illustrates this from history. The Aztecs infamously sacrificed human beings for the sake of their sun god. In turn, the Spanish conquistadors brutalized the Aztecs to serve their own idol, gold. The pattern is that idolatry begets injustice.

The book is solidly biblical, carefully crafted, and not easily dismissed.

Today, we might fancy ourselves beyond cutting out beating hearts or enslaving other peoples. But Williams warns that other idols injure our fellow bearers of God's image. Among them are the state, the self, and social acceptance. As long as we harbor idols, we rob our Creator of his due. That's the crux of injustice.

The next three questions set community as necessary for justice. Social Justice B shatters community by splitting people into tribes of oppressors and the oppressed. This begets anger and depression. By contrast, Social Justice A sees humans united in Adam's sin. Through the gospel, we can forgive and even reconcile with our past tormentors. This is the community that marks true justice.

The third trio of questions tests a vision of justice on its view of salvation. Social Justice B errs by counting every disparity between social groups as unjust discrimination. This stance can lead to misguided crusades. And it can lead to redefining the gospel. What was once assuring good news becomes an endless, burdensome list of moral imperatives.

The final three questions stress that justice requires knowing truth. Social Justice B distorts truth by viewing all reality through the lens of oppression. And though it appeals to "lived experience," this can't resolve competing claims to justice. Finally, "B" justice violates its own distrust of privileged standpoints. At its foundation, it trusts Karl Marx, Jean-Jacques Rousseau, and Herbert Marcuse, among others. In trusting these "well-off white guys," Social Justice B defeats itself. Justice can only be sought from a tenable way of knowing truth.

Beyond its 12 questions, two features of the book are worth noting. First, each question is followed by testimony from a Christian who has tangled with Social Justice B. Second, Williams includes appendices arguing for a proper view on abortion, economics, and other justice topics.

The book has much going for it. Williams' wit carries readers through an often-gloomy subject. In discussing one case of racial disparities in traffic stops, he cautions against hastily "fly[ing] down the New Jersey Turnpike to destroy the Death Star of discrimination." Elsewhere, he cleverly describes worldviews as "madness machines": Input the facts, and they tell if you should be outraged and just how upset you should be.

Williams' careful yet unflinching approach to an explosive topic is exemplary. It takes courage and charity to effectively challenge the pieties of "B" Justice. And it seems the author has mustered both.

Some compelling threads are woven throughout the book's chapters. One is the unlivable psychology that flows from a quest for godless “justice.” Calling it "justice in a box," Williams argues that it must lead to exhaustion:

Another thread taps the widespread feeling that "B" justice hurts more than it helps. We see this in repeated challenges to transcend mere feel-good activism. The book's appeals to existential and practical consequences powerfully complement its overall biblical approach.

As Williams shows himself to be all too aware, those who want to find faults in Confronting Injustice will do so. Some will object even to using the term “Social Justice” for “Social Justice A,” considering it irredeemably tainted by the “B” version. But the book is solidly biblical, carefully crafted, and not easily dismissed. It's an invaluable aid for those who share Williams' concerns. And it should be a fruitful conversation starter for those who don't.

Lewis Waha holds an M.A. in Christian Apologetics from Biola University and writes on faith in the public square.

The post Book Teaches How to Test a Vision of Justice appeared first on The Stream.