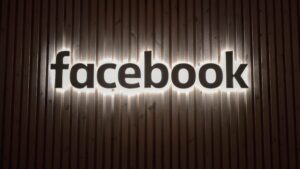 Facebook removed a network of accounts linked to a German anti-lockdown movement, the company said Thursday as it announced a new initiative to combat "coordinated social harm."

The tech giant removed a network of Facebook and Instagram accounts, pages and groups and blocked domains linked to the Querdenken movement, a German anti-lockdown group, the company's head of security policy Nathaniel Gleicher said in a blog post. Gleicher said the network was removed for violations of Facebook's terms of service, including posting hate speech, health misinformation and inciting violence.

Gleicher added that the Querdenken group was "linked to off-platform violence and other social harms."

The Querdenken movement, founded in the German city of Stuttgart in 2020, advocates for an end to Germany's COVID-19 lockdowns and restrictions, arguing the policies infringe on civil liberties, according to Deutsche Welle. The movement describes itself as peaceful on its website, though it has been accused of inciting and engaging in violence, promoting misinformation and affiliating with far-right organizations, and is under surveillance by German authorities, according to a report by the Wilson Center.

Facebook claimed the group was using its platform to spread misinformation and engage in coordinated efforts to violate Facebook's community standards, including causing off-platform harm. The tech giant said it wouldn't ban all Querdenken content, but said it will "take action" if it finds additional violations.

"The people behind this activity used authentic and duplicate accounts to post and amplify violating content, primarily focused on promoting the conspiracy that the German government's COVID-19 restrictions are part of a larger plan to strip citizens of their freedoms and basic rights," Gleicher said. "Based on public reporting, this group [Querdenken] engaged in physical violence against journalists, police and medical practitioners in Germany."

The actions taken against the network are part of a new Facebook initiative cracking down on "coordinated social harm," in which groups of accounts work to promote content or behavior that violates Facebook's community standards, including off-platform harm.

"We recognize that, in some cases, these content violations are perpetrated by a tightly organized group, working together to amplify their members' harmful behavior and repeatedly violate our content policies," Gleicher said. "In these cases, the potential for harm caused by the totality of the network's activity far exceeds the impact of each individual post or account."

He added that Facebook would take action, such as suppressing posts and suspending accounts or pages that belong to these networks.

Querdenken did not immediately respond to the Daily Caller News Foundation's request for comment.