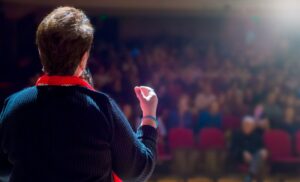 A college professor apologized to her students for the privilege she benefits from as a white female, according to her syllabus obtained by Campus Reform.

Crystal Duncan Lane, who teaches at Virginia Tech's Department of Human Development and Family Science, told students in her Human Development class that she was working "on a daily basis to be antiracist and confront the innate racism" within herself, which is the "reality and history of white people," Campus Reform reported.

In the syllabus, she said she was a caucasian, "cisgender female" of Scottish, British and Norwegian heritage who is married to a "cisgender male," Campus Reform reported. She said she didn't ask for the "many privileges" in her life, but that she will continue to benefit from them whether she likes it or not.

Lane invited her white students to join her "on this journey" to "be better," Campus Reform reported. "And to my students of color: I apologize for the inexcusable horrors within our shared history," she added.

Some students expressed their discontent with the teacher's apology because it was either unrelated to the course material or made students worried about what they say based on their skin color.

"It is a class about disabilities, not political opinion, affiliation, nor judgment in any sort," Virginia Tech student Natalie Rhodes told Campus Reform. "If you are discussing disabilities, stick to your course."

"It hurts that someone says I was born with 'innate racism' because of my skin color," an anonymous student said. "[It] makes me feel like I should hide and worry about everything I say."

Virginia Tech did not immediately respond to the Daily Caller News Foundation's request for comment.

The post White College Professor Tells Students She Will ‘Confront the Innate Racism Within’ Herself appeared first on The Stream.