The Morning Brew: Durham Indicts, While Texans Wonder ‘Why Does Biden Want to Kill Us?’ 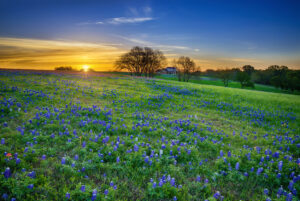 As the sun rises this morning, today's Brew offers a choice: A taste of freedom and the taste of tyranny.

On this date in 1787, the U.S. Constitution was ratified. Stream contributor and constitutional scholar Rita Peters offers up for Constitution Day "Three Things That Would Surprise the Framers."

Let me add a fourth: Even if they wouldn't have been surprised at some leader coming along who despised "We, the People" and treated the Constitution like toilet paper, they would be surprised the competing Legislative and Judicial branches are happy to go along.

They believed in "We, the People."

BREAKING: A school board in Rockland County, New York, forces the resignation of superintendent Martin Cox, who was pushing for a critical race theory-based curriculum.

According to sources, parents banded together, filed FOIA requests, and pressured the board to oust him. pic.twitter.com/UtY3ZW2eci

Special Counsel John Durham has finally indicted someone in connection with the Trump-Russia Collusion black op. Namely, Democratic lawyer Michael Sussmann. Sussmann is a lawyer for Perkins Coie, the law firm hired by the Clinton Campaign to help execute the Trump-Russia hoax.

Sussmann is facing a felony charge of lying to the FBI about who he was working for when he fed the FBI a bogus story about alleged communications between Trump and Russia. He said he was acting on his own, when in fact he was in the pay of the Clinton campaign.

For even deeper background, Jonathan Turley's article from August explains why some of the powerful in DC have reason to be nervous by what Durham's up to.

It's nice to see this one indictment. But if Durham is only going after some lawyer for lying, and not Andrew McCabe, Peter Strzok, John Brennan, James Comey, what's been the point? If he’s not bringing to justice all the people in DOJ, FBI and the White House who seditiously conspired to frame Donald Trump, what good has he really done?

Those people include the current occupant of the Oval Office. Joe Biden was “in the room.” He was neck deep in meetings on how to use the false Trump-Russia allegation to sandbag the incoming Trump administration.

Arizona Audit Results to Be Revealed Next Friday Afternoon

Finally. The long-awaited results of the Arizona election audit of Maricopa County will be released next Friday. State Senator Wendy Rogers says the results will be presented at 1 p.m. local time in the Senate Chamber.

The date to release the audit results is next Friday Sept 24th at 1 pm on the Senate floor. Because we have no hearing rooms it will be presented to Chairman Petersen and Senate President Fann. Gallery will be open to public.

Did we mention what law firm has been involved in trying to stop the Arizona audit? Yep. The same Perkins Coie whose lawyer Mark Sussman has just been indicted in connection with the 2016 Trump-Russia election hoax.

Perkins Coie worked tirelessly before the 2020 Election to help rig new election rules in swing states to make fraud easier. And they've been a central player in legal battles nationwide since the election to try and stop election audits and lawsuits across the country.

I thought the Gen. Milley story would be the week's most sickening evidence of the destruction of our representative democracy. Wrong.

The Biden Regime has deliberately reduced supplies of monoclonal antibody treatments to Texas and several other red states. That means COVID therapeutics like Regeneron that have proven to reduce hospitalizations and death from COVID.

It's not a matter of supply. Regeneron's makers say they have plenty to send. But distribution is under the control of the White House.

And they're all about centralized, government-controlled health care. The Federalist reports: “In a new policy shift that began Monday, the U.S. Department of Health and Human Services announced the distribution of monoclonal antibodies to states will now be centralized, moving away from the previous process which was based on direct orders and demand.”

Again, given that the people who make the stuff say the problem isn't supply, why aren't the red states getting what they need? Listen carefully to Jen Psaki. She admits the White House is not distributing based on need, but in an effort to be "equitable." And to pressure those states to increase vaccinations.

Americans will die because of Biden's despicable decision to punish his political enemies in red states by restricting their ability to secure life-saving monoclonal antibody treatments for all that need them.

Their blood is directly on Joe's hands.

Biden has, as Allie Beth Stuckey put it, an "agenda of cruelty."

Imagine for five seconds if Donald Trump cut off life-saving medicine in the middle of a health crisis to blue states. And did it for political reasons. This would be called a high crime. Heck, it would be called a crime against humanity.

And they'd be right. According to The United Nations, "Denying people access to essential health care is a serious violation of international humanitarian law."

It also appears to violate something called "medical neutrality." As Wikipedia lays it out, medical neutrality is a "principle of noninterference with medical services in times of armed conflict and civil unrest: physicians must be allowed to care for the sick and wounded, and soldiers must receive care regardless of their political affiliations. (emphasis mine.) Violations of medical neutrality constitute crimes outlined in the Geneva Conventions."

No. We are not at war. But given Biden's rhetoric last week, and even yesterday, he certainly is treating citizens of red states with more hostility than he's treating the Taliban or Iran or China or ISIS.

In 24 hours, the number of illegal immigrants under a bridge in Texas waiting to be sent God knows where through the state and into the heart of the nation doubled. Went from around 4,000 to 8,000.

BREAKING: Our drone is back over the international bridge in Del Rio, TX. Per source, the number of migrants waiting to be processed has now swelled to approx 8,200. It was 4,000 yesterday AM. Doubled in one day. BP overwhelmed, & I'm told situation is "out of control" @FoxNews pic.twitter.com/ThJJJ0JWCT

The Border Patrol is being overrun, according to Fox News.

208,000 illegals were encountered in August alone on the Mexican border.

Let's consider this in light of the above story.

The Biden Administration is allowing a massive number of unvaccinated, untested people into a state that it is simultaneously denying COVID therapeutics.

What can you conclude but that Biden wants to jack up the death rates from COVID in Texas (and other red states?) At least Santa Ana had the guts to come at Texans directly.

UPDATE: Hours after a news drone captured the images of thousands of illegals being gathered under the bridge, exposing Biden’s open border, his FAA has now banning drone flights near the bridge. Funny. When Trump said mean things about CNN it was called an assault on a free press, a danger to the 1st Amendment. Biden shuts down the media again from showing what his policies are doing and so far not a peep.

Raise a cup of French Roast to the French. Their military has killed an ISIS leader who led a fatal ambush that killed four U.S. Special Forces soldiers during a 2017 attack in North Africa.

French President Emmanuel Macron made the announcement Thursday morning: "Adnan About Walid al Sahraoui, leader of the terrorist group Islamic State in the Greater Sahara was neutralized by French forces. This is another major success in our fight against terrorist groups in the Sahel."

We now live in a world where the French military is on the attack and the U.S. military is in retreat.

The definition of sad: When you go from being a fun-loving war hero and studly prince of the realm to being laid out by the likes of Mario Lopez.

What in the world is happening, Prince Harry? This might be the most humiliating fall for a prince since Prince Humperdinck. At least in Humperdinck was brought down by the Dread Pirate Roberts. Here you’ve got the Dreadful American Actress.

Catch up on your Z’s. John Zmirak dropped a strong one yesterday, “We Are All January 6 Political Prisoners in the DC Gulag Now.”

Stream contributor Nolan Lewallen thinks “Our Wicked Rulers Could Learn From the Failures of King Saul.”

The post The Morning Brew: Durham Indicts, While Texans Wonder ‘Why Does Biden Want to Kill Us?’ appeared first on The Stream.