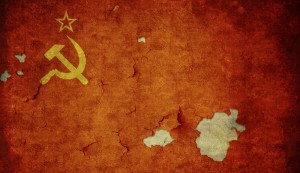 Yesterday I did a podcast, The Jason Jones Show, to talk about my column, "Dubya, We Hardly Knew Ye." That column addressed George W. Bush's sick, callous, and unpatriotic claim that January 6 protestors were "children of the same foul spirit" as the jihadi mass murderers of 9/11. No transgender pagan leftist I know of has gone so far in attacking these peaceful election protesters. For that it took a Bush. Read what Ashli Babbitt’s bereaved mother said in response. It will ring in Dubya’s ears on judgment day.

Perhaps our oligarchs chose Bush as the messenger to the tame, captive, collaborationist "Right." It's time to get on board with a domestic "war on terror.” The targets? Anyone to the right of Liz Cheney and Kevin McCarthy. The Deep State is trotting out the haggard, discredited bumbler Bush as the Germans would wheel out the decrepit Marshal Petain. He gets to announce cuts to rations for Frenchmen, or the shooting of still more hostages.

The Coming Purge: Will It Start This Weekend?

Honest, left-wing dissident journalist Glenn Greenwald fears a coming crackdown on political dissent. Watch him here on Rumble, as he recounts the fawning praise of long-time Bush-bashers for the ex-president's vicious slander. What could explain their sudden respect for a man they scorned for a decade? Perhaps they got the memo that Bush is the herald for a next-level tightening of the legal screws on ... us.

On The Jason Jones Show, I went through my column's list of impertinent questions I'd like to pose that former American leader. That’s if I could ever breach his security perimeter, of course. Jason was one of the January 6 protestors himself. He’d spoken the night before on the Trump administration's support for the vulnerable -- from unborn American babies to Uyghurs hunted by China. Jason said that he almost went in to the Capitol building. Police were smiling and shrugging while peaceful protestors walked past. If he had, he might be in solitary confinement, on trumped-up charges (with secret evidence) of "insurrection" to this day.

Gitmo on the Potomac

If you doubt how bad things are in the DC Gulag, you haven't been paying attention. At least not to the dogged coverage Julie Kelly has been providing over at American Greatness. (It’s one of the last few secular right-wing publications still worth reading.) The abusive conditions, the ideological re-education attempts, the atmosphere of terror ... it has no place in Guantanamo Bay, much less in our nation's capital.

As Kelly writes by way of summary, "The lives of at least 600 Americans have been destroyed -- families torn apart, finances bankrupted, reputations forever tarnished, and dozens held in prison, denied bail, and awaiting trials that won't begin until next year." Start following her coverage, and you'll realize how outraged and frightened you're morally obligated to be. Welcome to Un-America.

Half of Americans Agree It’s a Gulag

The MSM and our squish conservative handlers want you to think that concerning yourself with these prisoners is some crank obsession of conspiracy theorists. Don't fall for that gaslighting. As Paul Bedard reports in The Washington Examiner, half of America's voters care about this attack on political speech: "[N]early half of voters believe those charged in the Capitol riots are political prisoners. According to the latest Rasmussen Reports survey, 49% said that those jailed for violence and other charges are being held as "political prisoners." Some 30% "strongly" agree."

Can We Still Protest? Count the Cost

In light of all this, you might think I'm about to urge you to make your way to Washington DC, for the upcoming "Justice for J6" rally. I'm afraid that I can't, however. The chatter I'm hearing from trustworthy sources is that the event will be honeycombed with FBI provocateurs and instigators. You know, the way the January 6 rally was. Revolver News keeps documenting how leading figures who acted violently on January 6 have escaped prosecution, because they're "cooperating with the FBI." Do we have any real doubt that they were cooperating all along, that they showed up with orders to sow chaos and justify mass arrests?

Maybe you don't realize that this is how the Deep State operates now. Then explain why the plot to kidnap Michigan Gov. Gretchen Whitmer seems to have originated (hold your breath) ... with FBI instigators, who'd infiltrated protest groups. By now, the ranks of infiltrators and informants actually outnumber the real defendants. (As if the Bureau’s moral depravity wasn’t clear enough, the FBI’s lead investigator in the Whitmer case has just been fired after allegedly viciously assaulting his wife … at a swingers sex party.)

Assume Everyone Is a Fed

So in light of the fact that the Deep State is willing to use undercover agents to commit crimes, entrap innocent Americans, and promote acts of terrorism (kidnapping a state governor!), I worry about what will happen at the Justice for J6 event.

Specifically, I fear that FBI undercover agents and paid provocateurs will foment acts of violence, as a pretext for more mass arrests. And I don't want to send any of our readers to prison. If you feel you must attend, Jason Jones' advice (as a survivor of the January 6 staged riot) is this: "Film everything. Document everything. Assume that anyone breaking the law is an agent, and get away from him."

And there we are. All the pieces are in place for a Soviet America, where citizens can't safely go to peaceful protests about human rights abuses, for fear that the secret police will entrap them and imprison them indefinitely in harsh conditions for undefined charges, with the evidence kept secret.

The DC gulag isn't just a place. It's a state of being, where we're silenced by fear of our own government, since it clearly holds us and our rights in astronomical contempt. We all live in that gulag now.

Thanks, President Bush, for leading the fight for American freedom. Heck of job you did there. Heck of a job.

The post We Are All January 6 Political Prisoners in the DC Gulag Now appeared first on The Stream.