The Morning Brew: Booing the Big Guy and a Call to Prayer From the Orange Guy 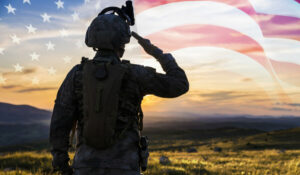 Let's kick off the Brew with the red, white, and blue.

Yes, Saturday was a somber day as the nation commemorated the 20th anniversary of the 9/11 terrorist attacks.

But there were also stirring moments of uplift. Take when Army took the field for its game against Western Kentucky. The entire team stormed out of the locker room carrying American flags.

The @ArmyWP_Football team takes the field in West Point. pic.twitter.com/BETPzhjHve

Also, let's give a tip of the cup to our friends, the Brits. They honored America on the 9/11 anniversary by playing our National Anthem during the Changing of the Guard at Buckingham Palace.

The US national anthem being played at Changing of the Guard at Windsor Castle. @ArmyInLondon@USAinUK#September11

Funny thing. I didn't see anyone taking a knee.

Praying for America on 9/11: Trump Joins Call for 21 Days of Prayer

President Trump is calling on Americans to turn to God and join in 21 Days of Prayer. In a video recorded for Sunday's "Day of Prayer for America" event with Gold Star families in Washington, DC, Trump honored those lost on 9/11 and those who answered the call to serve.

He said the only way to answer the "evil" we faced that day is by turning to God.

In the end there is only one true answer to the death and the evil we saw on September 11th. It is God that is the answer, who stood tall over the wreckage at Ground Zero where rescuers forged the mighty steel cross from the fallen tower's broken beams. It's the same sight that was seen hundreds of miles away in Shanksville where the first spontaneous memorial to the heroes of Flight 93 was a simple, but beautiful, wooden cross.

The faithful taking part in the #LetUsWorship sponsored "Day of Prayer" gathered across the day at the Lincoln Memorial, White House, Supreme Court, and finally for a rally on the National Mall.

Wouldn't you think the 20th anniversary of 9/11 would warrant some live remarks from the President of the United States. Certainly if he could yell at Americans live on Thursday about vaccine mandates, he could manage to comfort Americans on Saturday.

Silly me. The same people who instruct Biden not to take questions instructed him not to speak. White House press secretary Jen Psaki offered the pathetic excuse that the event schedule was too crowded. Said Psaki: "Because he's attending an event with several other former presidents and of course former prominent officials in the morning in New York, in order to get to all of the events it just doesn't work that way." Uh, sorry lady, it does work that way. He's the one guy who's supposed to speak.

Bruce Springsteen could sing, but the President of the United States couldn't get up and say a few words?!

The Gettysburg Address was two minutes long. Are they admitting Biden can't manage two minutes without making a mess of it? Or perhaps the real reason was they were worried he was going to get booed.

They had good reason. Biden did get heckled and booed at the Ground Zero memorial.

Biden is booed at 9/11 memorial event in NYC pic.twitter.com/qmkvMWPuTb

Unfortunately for Biden, he also added to his growing list of unfortunate photo images.

Getty captures Joe Biden pulling down his mask to shout out at someone in the crowd at the 9/11 ceremony pic.twitter.com/am8SeGK4rI

For all we know he’s innocently calling out to an old friend, but he sure looks like Grumpy Gramps yelling “Get off my lawn.” But given his other recent outbursts, the image certainly reinforces the idea Biden’s pot is in perpetual boil.

Biden did release a little video for 9/11. As Breitbart noted, he took the time to complain about the "dark forces" in America who showed "resentment and violence against Muslim-Americans," and to tout the "peaceful religion of Islam." This as the Islamic Republic of Iran was launching drone bombs toward U.S. troops in Iraq to commemorate the 9/11 anniversary.

Juxtapose that and his accommodation of the Taliban with his vaccination mandate speech. Kind of twisted that he's more angry at and aggressive towards Americans than he is the people and ideology that brought down those buildings.

But let's dwell on the good news: Hillary Clinton managed to get through 9/11 without having a seizure ... or getting a U.S. Ambassador killed.

Meanwhile, Donald Trump paid his respects to the NYPD and NYFD with a surprise visit. He was greeted like a rock star.

President Trump visiting the NYPD and FDNY on the 20th Anniversary of 9/11. Never forget. pic.twitter.com/MCTENrjb4G

Further incompetence in Afghanistan. Now we know why Biden's generals refused to release the name of the ISIS plotters they supposedly killed with a drone strike. Because they didn't blow up an ISIS terrorist. They actually blew up an aid worker just delivering water and his family.

The original The New York Times investigation is behind a paywall, but American Greatness has a good summary.

Lose a Country to Taliban Terrorists, Fine. But Lose a Football Game to Air Force?

Despite the unmitigated disaster of the Afghanistan withdrawal, the leaving behind of American citizens, the ignoring of the warnings from U.S. Embassy diplomats, the ignoring of the intelligence community warnings, the blunders, the lies, the interference with efforts by private contractors to get our people to safety, nobody has been fired. Secretary of Defense Lloyd Austin still has a job. Chairman of the Joint Chiefs of Staff Mark Milley still has a job. The assorted generals in charge over there still have jobs.

But you know who's been fired for bad performance? Navy's offensive coordinator Ivin Jasper. Lucas Tomlinson of Fox News spotted the absurdity.

So Navy fires offensive coordinator after losing to Air Force and starting season 0-2, meanwhile nobody has been fired over losing Afghanistan

Yes, in Biden's military an assistant football coach is held to higher accountability than the numbskulls who got 13 service members killed, and left Americans stranded and the Taliban with $85 billion in weapons.

The Stream had a bounty of wise and insightful stories in commemoration of the 9/11 terrorist attacks.

This morning kicked off with a new, powerful commentary from John Zmirak called, "Joe Biden Succeeded Where Benedict Arnold Failed, and Our Deep State Was In on It."

And coming up around noon, an all-new Afternoon Brew!

The post The Morning Brew: Booing the Big Guy and a Call to Prayer From the Orange Guy appeared first on The Stream.