Joe Biden’s Not America’s Biggest Problem. The Afghanistan Debacle Showed Who Is 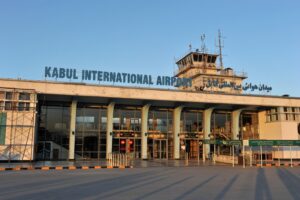 In June I made a prediction -- which I shared again when Kabul fell -- that the media would not hold Joe Biden accountable. Whatever he did wrong, whatever he bungled, whatever mess he made, whatever scandals he got caught in, they wouldn’t blame him.

Early indications are that I was wrong. At least, that Biden’s failure is so great that the media has to cover it. We are still too close to it for the press to have developed new talking points on why Biden still rocks.

But the conservative press?

They’re all piling on Biden, of course. But not just for bungling the exit. For exiting at all.

The Wall Street Journal‘s editors has been pushing that line. In one editorial, they declared “The illusion, indulged on the left and right, that the U.S. can avoid the world's horrors while gardening its entitlement state, is sure to come home to haunt.” In another, they spoke of the need to keep the military in Afghanistan (and other places as well).

Ben Shapiro’s podcast … good grief. Is it 2006 again?  “The result of Biden’s withdrawal from Afghanistan will be a reconstituted terror threat as our enemies recognize we are a paper tiger; renewed Chinese aggression against Taiwan and diplomatic overtures toward the Taliban; and new offensives from Russia and Iran,” says Shapiro. He’s not saying a botched withdrawal will lead to this. But a withdrawal, period.

Are they really arguing for staying in Afghanistan? Not staying to complete the evacuation and destroying the materiel we leave behind, but just plain staying? Twenty years later, thousands of American lives lost, two trillion dollars down the drain, our country falling apart at home -- the GOP’s own voters rejecting interventionism by going Trumpist -- and these guys have learned nothing?

Worse, some of the original architects of the disaster are back on the op-ed pages, lecturing us on what to do. Oh Wall Street Journal, did we really need to hear from Paul Wolfowitz again? And John Bolton? I mean, really. John Bolton.

Yes, no one person is more responsible for the debacle than Joe Biden. Rain criticism down on that man’s head. He deserves every bit of it.

But this is so much bigger than the one guy most responsible for it. Joe Biden, for all his faults, is the natural consequence of the system that produced him. He sits atop an empire of rot. It’s not just him. It’s … the whole thing.

It’s the decision-makers who are never held accountable for any error, even the ones that cost American lives and credibility. It’s a corrupt ruling class that lines its own pockets and rewards one another while the average guy takes it on the chin.

We are now sixty years out from President Dwight Eisenhower’s famous warning against “the military-industrial complex.” Today, we call it the Deep State. This is the self-dealing ruling class whose “expertise” has brought about the calamity in Afghanistan.

Their mad scheme to democratize the Middle East enriched their friends but left the region -- and the U.S. -- poorer. They left those countries and ours in more danger, in a less stable world. They were aided and abetted in this by a conservative media establishment who beat the drums for war and declared any who dared dissent “unpatriotic Americans.” And now, when it all falls apart, their solution is … to just keep doing the same thing. Forever.

These are the leaders who run our country. At home, they underhandedly tilt elections, divide us by identity politics, and “cancel” any who dare dissent. Abroad, they fight forever wars to “garden” our entitlement state. Establishment conservative media does little to fight the former and actively cheers on the latter.

People know this. Even if they can’t articulate it. They know something has gone very wrong with our country. Something deep, something that goes all the way down to our foundations.

Thus the deplorables. Thus the Trump era. His election was, on some (many?) levels, a cry of distress. An SOS by Americans with no other way of expressing their alarm at what has become of our country.

The Trump era may not be over. We may just be in a brief interregnum between Trump eras. Even if the next Trump era is not led by Trump. Even if it’s Ron DeSantis or someone similar. When they come to power, it will be the Trump era picking up where it left off.

And it will happen in no small part because the Fall of Kabul is not just about the Fall of Kabul. It’s about the rot of America. And those who, against all evidence that the Deep State has won, are still fighting to reverse that rot.

Peter Wolfgang is president of Family Institute of Connecticut Action. He lives in Waterbury, Connecticut, with his wife and their seven children. The views expressed on The Stream are solely his own. His previous article was When God and Country Have No Purchase on American Hearts (But China Does).

The post Joe Biden’s Not America’s Biggest Problem. The Afghanistan Debacle Showed Who Is appeared first on The Stream.