What is a ‘Progressive’? 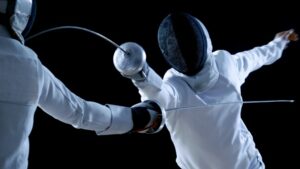 What does it mean to be progressive? That depends on what you mean by the word. Language is a game people play. If every game requires agreed rules (and it does), then every word requires agreed meaning. But agreement can be hard to come by.

Take dueling, for example. Shall we meet at sunrise, or sunset? Shall we bring seconds? Will we fight by pistols? Swords? Light sabers? Who gets to shoot first?

A duel without common language rules becomes a mere cat fight -- or less. If you say, "Let's meet on an island in the Volga River at sunrise," and your opponent thinks of a river in Russia, but you have in mind a river in Brazil, the joust will not come off. When words lack agreed meaning, we may clash like rutting elk or we may miss by the width of a continent. True dueling is impossible that way.

This is why many quarrels about religion and politics are mere "dust in the wind." Poorly-defined words lodge in the eyes and obscure the vision: "faith," "science," "democracy," "socialism," and of course, "racism." These words means such different things to different people, our rhetorical ships do not merely pass in the night, they float on different oceans. Except when carefully defined (see for example J. Budziszewski on the dangers of "liberalism" and "conservatism") our buzz-words usually stir more emotion than thought.

The duel of our times is being fought, and it is over the meaning of progress: where we should go, and whether, having arrived there, we shall still be fully human.

Perhaps no word is more confusing today than "progressive." It sounds lovely: Who doesn't want a future that is better than the past? Wait a minute, though: What does "better" mean? Once it was "progressive" to save girls from infanticide. Then a new "progressive" catechism made it a sacred right to kill babies up to the moment of birth. In 1965, "progressives" stood boldly against segregating based on race or discriminating based on skin color. Now some who claim that label put blacks and whites in different classrooms, and select students or employees by how much light their epidermis reflects.

In Which Direction Is "Progress"?

"Progress" means forward motion. It is the opposite of "regress," and perpendicular to "digress."

Once again, though, to go forward begs several questions. Where are you standing? Which direction are you facing? What will you find going that way? What is your goal? What islands, currents, storms, or pirate ships stand between? Would Odysseus be "progressive" to head toward the sirens where he yearned to go, or on to the next island? C.S. Lewis pointed out that if one has taken a wrong turn, the quickest way to get ahead is to go back.

"Getting ahead" requires a map and compass so we know which direction is truly ahead. Suppose we map "progress" on a cosmic scale. Would seeing the Andromeda and the Milky Way galaxies' path into the future help us make sense of contemporary politics?

Some physicists say the ultimate end of the universe will be "heat death." All material objects will finally turn into a cold porridge of protons and leptons, reaching a state of "thermodynamic equilibrium" after the largest black holes finally decay.

In what direction are "progressives" taking us, then? "Movement towards ultimate chaos," maybe? Notice the mile markers they're passing on their route:

How about crowds in Afghan airports scattering as bombs explode?

"Now that one's unfair!" You complain. "We do not call it 'progress' when an army that locks women indoors and carries out executions in soccer fields conquers a country. This isn't moving forward, it's religious kooks, an Afghan Moral Majority, dragging us back to 7th Century theocracy! So no, this is the furthest thing from true progressivism!"

Yet black seems to be the dress code in both Kandahar and downtown Portland. Progressives and radical Muslims alike decree that only people with pure thoughts should speak. They merely differ over who should get the mic. If you recall Lewis' comment about turning around after a wrong turn, the Taliban might claim to be better progressives than Alexandria Ocasio-Cortez.

"Backtrack to 6th Century Arabia, and we can catch the true stairway to heaven!" say the Afghanis. This is a coherent idea, though a really bad one.

Western "progressives," lacking a sacred Scripture, are simply muddled in their thinking. "Go forward!" They say. But they spin blindly in a fog of changing fads, from Marxism to liberalism, environmentalism to Woke ideology.

If degrading the most intricate and productive forms of civilization is "progressive," then left-wing and Taliban philosophies have more in common than the left cares to see.

Regress in Both Uniformity and Chaos

One can die of uniformity or of chaos. You may be frozen into a crystal, each molecule in your body lined up in tight rows. Or you may dissolve in chaos, like the T-1000 Terminator in a vat of molten steel. One is the totalitarian clone-like "diversity" of a modern sociology department or of a Chinese Community Party Politburo meeting. The other is South Chicago on a Friday night in summer or the streets outside Kabul's airport.

Modern progressives impose a sameness of thought like molecules in a crystal, even while breaking social connections into the sludge-like chaos of death. Simple ideologies, whether "forward to the future!" or "back to 7th Century Arabia!" demand conformity. They atomize and isolate us, eroding the fabric of civilization.

Progress? If death is our goal, I'm afraid America has made quite a lot over the past year.

"Death, thou shalt die," said John Donne. Whereas today's "progressives" aim toward entropy, from Creation to the Resurrection of Jesus, Christian progress has meant defeating it. The American motto, "Out of many, one" (E Pluribus Unum) spits in the eyes of chaos and conformity alike. Diversity in creative harmony is the form of progress on which western civilization was founded.

Followers of Jesus may thus call ourselves true progressives. We have a Guide who does not change, and the unity we seek is not "equity," a sludge of conformity, but the oneness of organs within a living body.

The duel of our times is being fought, and it is over the meaning of progress: where we should go, and whether, having arrived there, we shall still be fully human.

The myth as I've read it has them sailing right on by, with Odysseus lashed to the mast, and his shipmates protected by earplugs. They didn't turn around.

The post What is a ‘Progressive’? appeared first on The Stream.