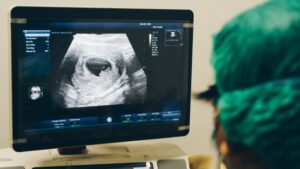 When we turn on our televisions or smart phones we are bombarded with news that brings us down. Where are all the good stories? They’re still there. Here’s one that we hope will bless you.

Little Davey Bates was born in the UK July 18, 2017. He weighed 5 lbs. 15 oz. That he was born is a miracle in itself. Doctors advised his mother and father five times to abort Davey before he was born.

Doctors first told Davey’s parents to abort him when the 20-week ultrasounds came back as abnormal. They said he likely would not survive because he had a condition called congenital diaphragmatic hernia (CDH). According to Johns Hopkins,

In CDH, the diaphragm -- the muscle that separates the abdomen from the chest -- does not develop completely, causing a hole where abdominal organs can migrate into the chest. When that happens, it doesn't leave enough space for the lungs to develop normally, making it hard for the baby to breathe.

The diagnosis was confirmed at the 28-week scans. “It was appointments and scans every three weeks,” said Sami, Davey’s mom, “almost invariably with doctors advising us to end the pregnancy.” She added,

It was as severe a case of CDH as the doctors had ever seen. It just seemed impossible he could survive outside of my womb, but we couldn't live with ourselves if we didn't at least give him a chance.

Within hours after his birth, Davey had his first operation. When it was finished, surgeons told his parents that he only had a 50% chance of survival. But three weeks later, he was home with his mom, dad and siblings.

Now he’s four years old and will begin primary school tomorrow. Sami said she’d have tissues handy. “I’ll be the proudest mum on earth when I wave him off at the school gates. With everything he has been through, it is a day we thought may never happen. I’m not sure I’ll be able to hold it together.”