The Only Thing Worse Than Civil War: A Tyrant’s Peace 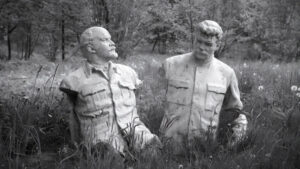 In my last column I pointed out that the bar ought to be very high before any citizens consider overthrowing the government. It must be as high as Christian Just War theory properly sets it. To launch a civil war -- or engage in illegal violence, which amounts to the very same thing -- must be your last resort. Recapping the preconditions that St. Augustine's tradition demands before waging war (even civil war, in a wrinkle later Christians were forced to address), they are as follows. (The list comes from the Catechism of the Catholic Church, but these conditions are commonly embraced by Christians.)

The damage inflicted by the aggressor on the nation or community of nations must be lasting, grave, and certain. All other means of putting an end to it must have been shown to be impractical or ineffective. There must be serious prospects of success. The use of arms must not produce evils and disorders graver than the evil to be eliminated. The power of modern means of destruction weighs very heavily in evaluating this condition.

Alas, most wars begun by Christian governments in the centuries after Augustine didn't meet those preconditions. That's a scandal of history we simply must face up to. Not all of America's wars did, either. (I'll leave it to the reader to read up on our conquests of the Indians.)

It might seem obvious why Christians should set up so many barriers before reluctantly turning from peaceful means to violent ones. But let's remind ourselves.

Jesus did not (and could not) contradict His Father's first Covenant, and impose on us absolute pacifism. But He did tell us to "turn the other cheek." We must not be hotheads, like pagans concerned for their "honor." Nor consumed with the thirst for revenge, as if God would not bring justice in the next life, and recompense to the afflicted. We must be "meek" if we would inherit the earth, and carry our crosses patiently.

None of that means, however, we must stand idly by while evildoers nailed up our spouses and children. When Gandhi told Europe's Jews not to fight back against the Holocaust, he was proving that his tradition was utterly different from our own. If Jesus had come to say that to the Jews, He wouldn't have been their messiah. Or ours.

Why War Is the Last Resort

So violence is a resort, but it's the last one. Not just for religious reasons of obedience to Jesus. Our God-given reason can see the manifest evils of war. It's easy to start and hard to stop. It often leads to the death or devastation of helpless women and children.

War is enormously wasteful of scarce human resources, impoverishing even the victors. The whole Islamic conquest of the Middle East and Asia? That was only possible because the Byzantines and the Persians had ground each other to dust in a twenty-year total war. It left them both prostrate, easy prey for Arab armies that would impose a new, theocratic slavery.

War kills or cripples the courageous, and often spares cowards and profiteers. (Think of disabled US veterans, and of Dick Cheney's defense industry cronies.) It embitters men into cynics, as they choke on their leaders' lies. It piles up deep-seated grievances, planting seeds for future wars or acts of terror. Wars encourage foolish, irrational decisions, blind stubbornness and vindictiveness. Defeated soldiers are tempted to despair, victorious ones to literally burn, rape, and pillage. Soldiers on either side often face the crippling illness of post-traumatic stress disorder.

And civil wars do all those wicked things but worse, poisoning the very soil of our own country with rage and grievances.

So would we be right to say that civil war, at least, is completely out of the question? Should we embrace pacifism at home, if not abroad? If you want to do that in principle, you're saying that Dietrich Bonhoeffer was wrong to plot against Hitler. That slaves in Haiti were sinful for overthrowing their masters. That the crowds joining Boris Yeltsin when he climbed on top of a tank were guilty of resisting divine authority, wielded by any government in power.

So no, that's not an option. If there's one list of evils worse than those caused by war in the 20th century, it's this: the death tolls wracked up by governments abusing their helpless citizens.

Some 10 million died in World War I, and 50 million in World War II. Those numbers are dwarfed by the number of civilians purposely murdered by their governments between 1910 and 1990. Scholar of genocide R.J. Rummel estimates that number at approaching 170 million. Governments from China to South Africa shot, starved, froze, poisoned and strangled their citizens with abandon. The one thing virtually all of those citizens all had in common? Their governments had disarmed them first. So they couldn't even resist.

Before you decide to embrace "civil pacifism," sit down and read Rummel's sobering study, Death By Government. It’s free, on the Internet. You'll see that the modern State is a savage, cannibalistic creature, as dangerous to its own citizens as to rival states on the battlefield.

Nor is death the only fate a tyrannical government imposes on its people. Look at how citizens live in North Korea today. Or in China's concentration camps, where the State robs their organs and sells them for profit. Consider what it is like to lose the freedom to speak your thoughts. Or practice your faith. Or control your children's education. To meet with like-minded people and push for change. To protect your property from arbitrary confiscation, and refuse to do forced labor at the whim of some government thug. Such a “peace” is worse than war, even civil war. It’s unconditional surrender to evil.

We far too much take for granted, as if the laws of physics decreed them, the freedoms our ancestors left us. That's why we so blithely shrug as the Deep State, and public health dictators, take them from us one by one. As arbitrary judges, and unelected bureaucrats, make a mockery of the claim that we're a government of laws, rather than men.

Our founders risked their lives to wage a just civil war of rebellion. Then they taxed their well-schooled minds to craft a system of government that would be, so far as possible, "tyranny proof." They set up elaborate checks and balances, and disseminated power widely through all the states and localities. Their goal was to avoid the rise of arbitrary dictatorships such as pervade all human history.

The Progressive movement, starting in the early 20th century, scorned the founders' project, and set about smashing up the machinery they'd created. In the name of Utopian goals they'd borrowed from Social Gospel preachers, these social engineers tried to centralize power in the hands of the few. Let "experts," "specialists," and "elite" cadres of "enlightened" petty despots agglomerate all the power. They knew how to wield it better than the backward, "deplorable" masses still sunk in religious daydreams.

The “Resistance” to Our Elected Leader

That's how the Left was talking back in 1917, under Woodrow Wilson. (Before running for president, he'd written academic books on the need to smash the "archaic" mechanisms of the Constitution.) The march of centralized power through the ruins of our Constitutional order has continued, unabated, ever since. In 2016, when the People rejected the candidate of the elites, our nation's Oligarchy turned on us. Civil servants in the Deep State, from the Justice Department to our intelligence agencies, boasted that they would defy the orders and frustrate the policies of our elected leader. And so they did, which is why Donald Trump spent most of four years spinning his wheels.

Our founders were prescient. They knew that tyranny is a deep-seated instinct. That the State is a guard dog always ready to turn into a wolf, if given the chance. That's why they drafted the Bill of Rights, and the Second Amendment in particular. Read their debates about it, in Stephen Halbrook's study, The Founders' Second Amendment. You'll see that to a man, they regarded an armed citizenry as the last backstop against a tyrannical government.

No surprise then, that members of our public health dictatorship are trying to nullify that amendment. It's the last thing holding them back from treating us all like piglets on a pork farm. In my next column, I'll argue that the same grave preconditions must apply to disarming the population as to starting a civil war. Each is an equally solemn, risky, and irreversible last resort.

The post The Only Thing Worse Than Civil War: A Tyrant’s Peace appeared first on The Stream.