Good for Texas. Now What? 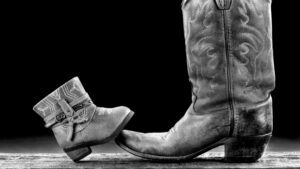 This week pro-life warriors applauded the Supreme Court's decision not to overturn a Texas law that just about abolishes abortion in the state.

Whether the law will stand still remains to be seen, but other "Heartbeat bills" are working their way through state legislatures while pro-abortion activists -- including public Catholics -- Joe Biden and Nancy Pelosi vow to enshrine abortion as a "fundamental human right."

While the new law in Texas is a win for the pro-life cause, pro-lifers must not imagine that the fight for life is over.

There Will Be More Babies

If abortion in America is on its way out, I think the pro-life battle is not ending. It is just beginning.

Many pro-life Americans are well off Christian men and women with moral principles that are more expansive than simply being opposed to abortion. They also stand for classical Christian sexual morality: the sexual act is intended for marriage. Men and women are supposed to be responsible for their actions and this means they do not have sexual intercourse without the awareness of possible parenthood. Babies need a mother and father, therefore sex and children are part of marriage. Promiscuity is forbidden. Fornication is not allowed.

Unfortunately such a high moral standard was abandoned by the majority of Americans decades ago. Recognizing this fact is not to condone it. The reality is that people will be sexually active outside marriage. There will be unwanted pregnancies, and without abortion there will be needy children and mothers.

Addressing the Needs of Single Mothers and Their Children

What are we doing about it? Sex education that includes a true understanding of the human person, the gifts of love and life and human responsibility is part of the solution, but practical acceptance and assistance are also vital.

In our grandparents' generation and before, single mothers were ostracized, humiliated, and consigned to be permanent pariahs. They broke society's laws and were punished. Those laws hardly exist anymore so it is unfair to punish people for breaking rules they never learned. For the last six decades most Americans have assumed that it is a sexual free for all. Any unwanted side effects of the sex party can be solved with contraception and abortion. If abortion is aborted in America all that may change, and those who are opposed to abortion will have to help pick up the pieces.

Fortunately, along with the abortion ban, Texas lawmakers also voted a whopping $100 million to support pregnant women through various Alternatives to Abortion programs. Specific ways to assist are to help needy single mothers pay the hospital bills for their child's birth, funding pro-life pregnancy advice and support centers, and charities that support parents. Funding child care for single moms who need to go out to work and tightening up child support payments and better enforcement on deadbeat dads are all ways the state can be positively pro-life.

There are other measures lawmakers can take to support life. Why is adoption so prohibitively expensive? Let's have laws that cut the hefty legal fees and subsidize the adoption process. Kids need support not only at birth, but through their whole childhood. Legislators could create tax breaks for adopting and fostering families, tax breaks for large families, and school vouchers for families who take on the responsibility of extra kids.

Living as a Pro-Life Community

Nor must we rely on the government to do everything. Members of our pro-life community in Greenville, South Carolina have worked hard for years and just opened a wonderful new home for single moms. Check out St. Clare's Home. There should be many more.

What if every church congregation who claims to be pro-life adopted just one foster child or welcomed single parent families into their community? What if Christian schools provided scholarships for kids from low income families -- kids with single moms who need a good education and good friends?

If abortion in America is on its way out, I think the pro-life battle is not ending. It is just beginning.

Dwight Longenecker's new book is Beheading Hydra -- A Radical Plan for Christians in an Atheistic Age. He is a Catholic pastor in Greenville, South Carolina and blogs at dwightlongenecker.com.

The post Good for Texas. Now What? appeared first on The Stream.