The Morning Brew: Head-Scratchers, Helmets and a Holiday Weekend 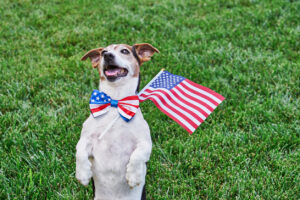 Good Morning! "Whether it's true or not," as someone in the Oval Office might say.

Let's whip up a frothy Brew to power us into the holiday weekend.

A Border for Thee But Not For Me

The Biden Administration has offered so many head-scratchers in recent weeks you’d think we’d contracted lice.

Case in point. Joe is working hard to secure the border. Oh, not our border. Why on earth would they do that?

No, Joe and his "instructors" are going to help build border facilities on the Tajikistan-Afghanistan border. Specifically, according to the U.S. Embassy in Dushanbe, they are building a new facility for border guards to "deploy forces more quickly to border areas to respond to threats." You know, threats from the people he just let waltz into power.

Funny, Tajikistan is actually aligned with Russia. In fact, Reuters reports the Russian military is holding a month of exercises near the Afghan border right now.

So Biden's helping a Putin ally protect itself against Afghanis. This while airlifting 100,000 unvetted Afghanis into the U.S. and keeping our own border open wide.

But at Least Our Military Leaders are Focused on Getting Our People Out of Afghanistan ...

... or Kim Jong-un restarting his reactor to make plutonium ... or Iran going full boogie toward a nuclear bomb ... or China threatening Taiwan ...

From ?@DepSecDef? tonight: "Racial disparities in the military justice system have been a problem for far too long. We know it, and we are going to work hard to fix it." https://t.co/HQ1f0vs4S0

Yes, let’s focus again on how we stink while Americans left behind in Afghanistan suffer.

But don’t worry. Today the Pentagon will be throwing its full attention to the terrible problem of there being too much salt in the food served in mess halls, and studying the feasibility of weaving Pride flags into fabric of camouflage.

Yeah, I made that up. But you couldn't make this up. You don't need to worry so much about Taliban using all the billions in U.S. equipment. They're apparently handing a bunch of it over to our friends in Iran.

Several #US military armored vehicles, which allegedly belonged to the Afghan army before the #Taliban took over control of the country, were spotted in #Iran, images shared on social media show.https://t.co/CIxnHYgURy

What did Machiavelli teach us? “Keep your friends close … and your enemies armed to the teeth.”

Enemies? What, the Taliban?

National Security Advisor Jake Sullivan was asked whether he would consider the Taliban "frenemy, adversary or enemy."

He replied, "Well, it's hard to put a label on it ... we have yet to see what they are going to be now that they are in control."

Jesus said "Love your enemies." He didn't say "Pretend they are Switzerland."

If you don’t know “what they are going to be,” you haven’t been paying attention for the last 800 years.

They say that with the Senate being 50-50, relatively moderate Democrat Joe Manchin has enormous power. But power over the forces of nature? Yep. At least according to Rep. Alexandria Ocasio-Cortez. She is blaming Manchin by name for the deaths caused by Hurricane Ida.

“Manchin has weekly huddles w/ Exxon & is one of many senators who gives lobbyists their pen to write so-called ‘bipartisan’ fossil fuel bills,” she said Thursday. “It's killing people. Our people. At least 12 last night. Sick of this 'bipartisan' corruption that masquerades as clear-eyed moderation.”

She’s right. I called my insurance agent, and sure enough, my house is now protected against “Acts of Manchin.”

In a further effort to alienate fans, but get themselves invited to swank Manhattan parties, the NFL announced players again will be allowed to wear "social justice" decals on their helmets this season.

Well, if you're gonna do that, do it right. How about "American Lives Matter"? Or "Defund the Taliban"? Or even, “COEXIST … With Everybody Except Eagles Fans.”

Brothers Square Off in MLB Game as Father Looks On

On August 22 San Diego Padres catcher Austin Nola stepped into the batter's box against the Philadelphia Phillies. And staring down at him from the mound was his younger brother Aaron.

This was the first time they'd faced each other in the majors.

Dad was up in the stands. He wasn't going to show any favorites. He wore a Phillies jersey open over a Padres jersey.

Pops didn't have to be conflicted for long. Aaron struck out his older brother on three pitches. In fact, strike three was clocked at the third fastest pitch of his career, 96.2 miles.

But Aaron's not done yet. He tossed the ball to the Phillies dugout. "I might frame it and put it in his room or give it to him for Christmas."

Aaron Nola strikes out his older brother Austin in their first ever pitcher/hitter meeting.

Gov. Mike Huckabee lays out his case for removing Biden with “So Let’s Talk About Impeachment.”

And Jason Jones, who has been working non-stop to help rescue stranded Christians, asks a poignant question: “Afghanistan: Are We Losing the Race to Save Our Century?”

Have a wonderful Labor Day Weekend!

The post The Morning Brew: Head-Scratchers, Helmets and a Holiday Weekend appeared first on The Stream.