Texas MassResistance Asst. Director Scorches Officials at His Local School Board Meeting Over Critical Race Theory and the LGBT Agenda! 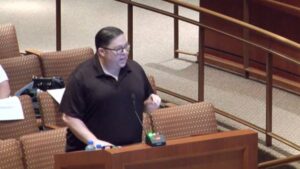 Lately we've all been seeing viral videos of parents standing up and berating their local school board over their teaching of Critical Race Theory (and other depravities in the schools). When it comes to that kind of confrontation, nobody does it quite like MassResistance!

Our Texas MassResistance Assistant Director, Kevin Whitt, lives in Frisco, Texas (a northern suburb of Dallas). Like many places that are relatively conservative, it appears that leftists (who often campaign as conservatives) have managed to get elected to the local school board (known as the “Board of Trustees”) -- and are allowing the latest radical agendas to be brought into the schools. Unfortunately, too often the town doesn't angrily lash back, and the situation only gets worse.

On June 14, 2021, Kevin (who has personally been harmed by the LGBT movement) came to the school board meeting along with local parents. He definitely got the Board's attention! He scorched them over the outrages they're allowing. After he sat down, the parents cheered. But the sleazy (and cowardly) officials had the police come up and surround Kevin and remove him from the room. 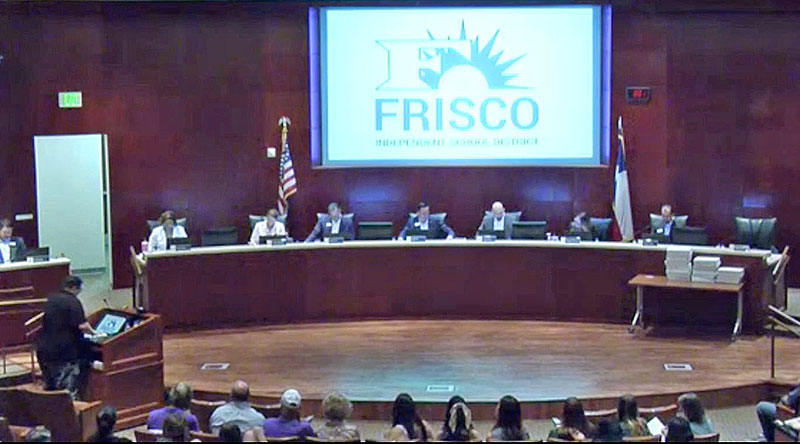 Kevin Whitt (bottom left) begins to speak to the Frisco, Texas district school board. They clearly didn’t like what they heard!

As we've observed before, the "diversity and inclusion" aspect of Critical Race Theory is invariably intertwined with the LGBT agenda. Thus, the high school librarian, who is also a high school teacher, is clearly promoting both agendas there.

And that's probably just the tip of the iceberg. 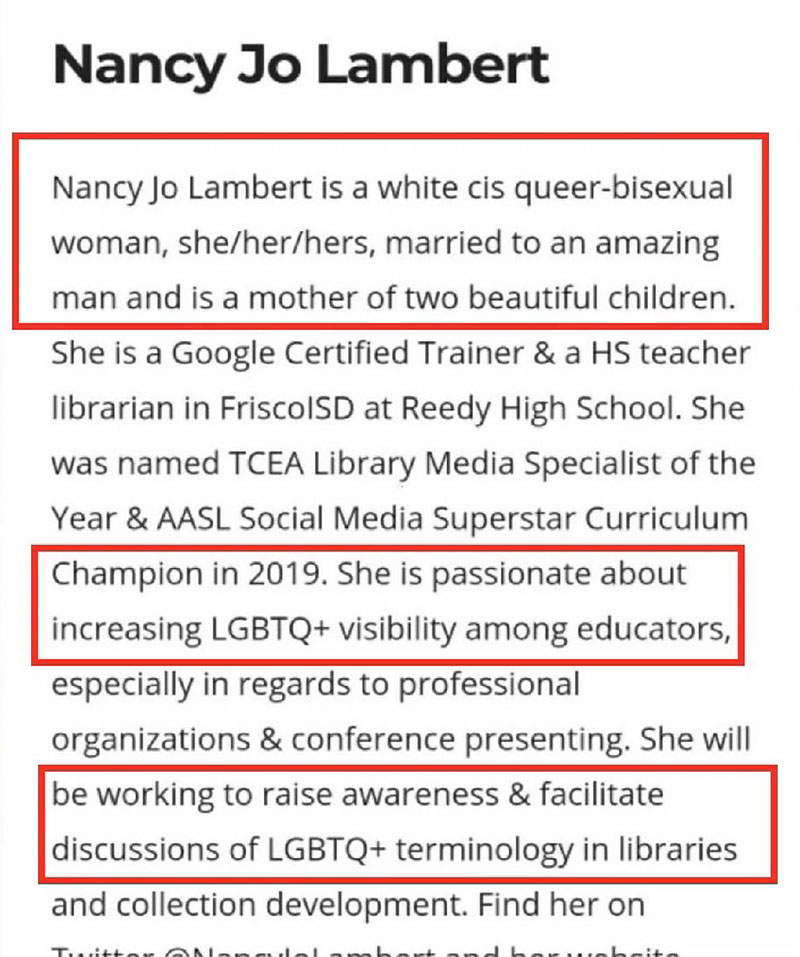 From an online bio of the high school librarian/teacher. 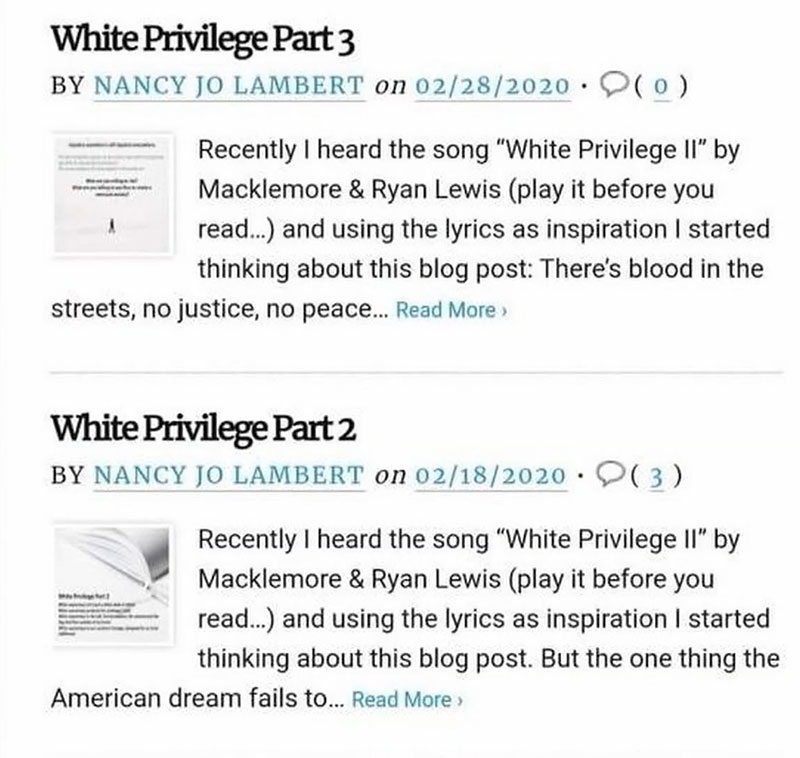 “White Privilege” material being used as part of the CRT curriculum. 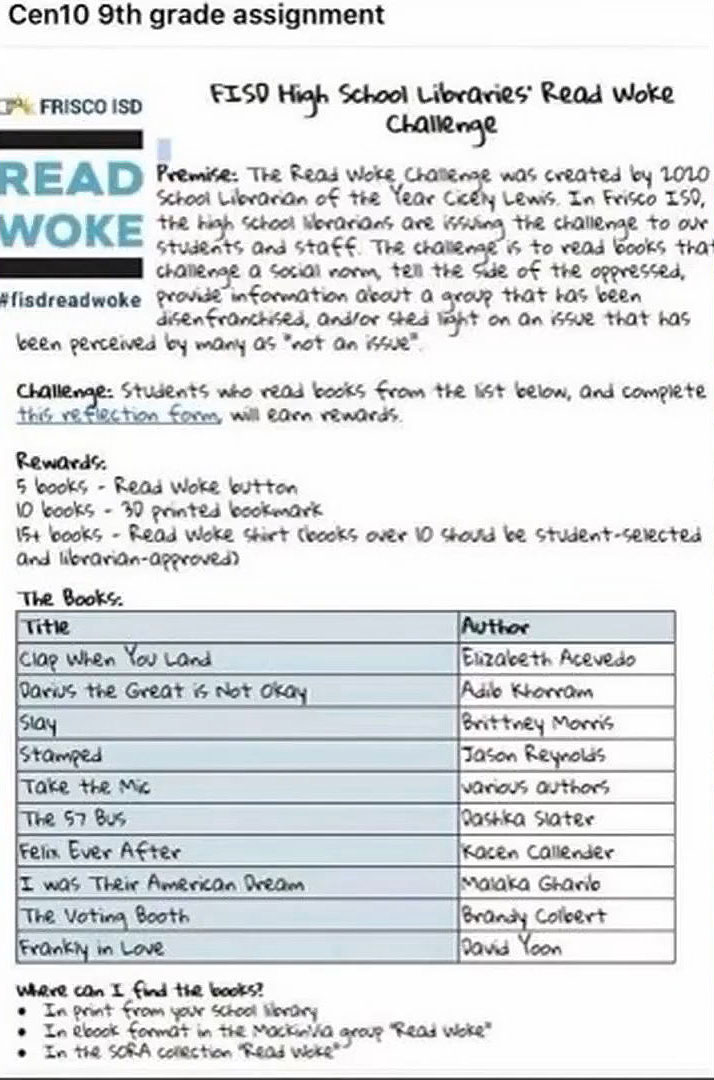 After Kevin finished speaking and sat down, one of the school officials had the police come up, surround him, and remove him out of the room. Several parents shouted, "Let him stay! Let him stay! There has been no crime committed!" Kevin at first said he would not leave, but after apparently being threatened with arrest, he relented. 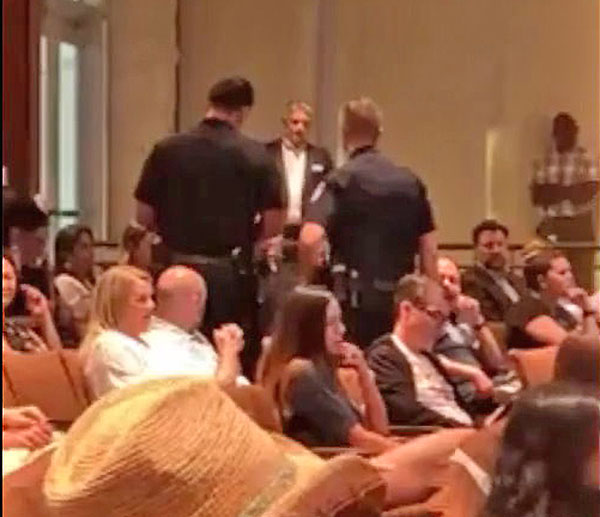 After Kevin was finished speaking and sat down, two police officers and a school board official came over and surrounded him.

Then they had the police issue Kevin an outrageous six-month "No Trespass Order" -- to make sure he didn't come back and testify again anytime soon. Kevin is a legal resident of that city, of course, and should have the right to complain to his public officials just like any other person.

The purpose is to send a fearsome message to the rest of the community -- that they'd better not "misbehave" or they'll be in some legal trouble.

Sadly, this offensive tactic is used regularly by school boards across the country against local citizens who call them out (and make them too uncomfortable). Luckily, people are less intimidated than public officials would like. 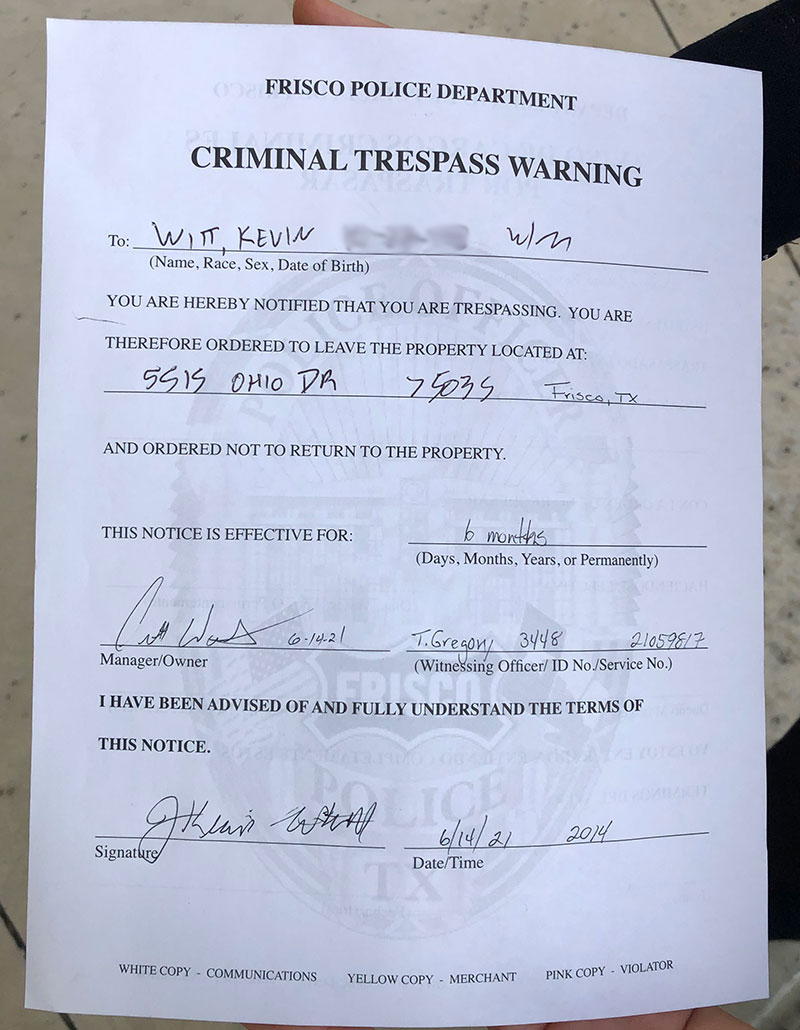 When Kevin got outside they handed him a six-month “no trespass” order.

This is what people everywhere should be doing. Most conservatives don't understand this.

It's very important that school officials realize that pushing these twisted ideas on students is not a casual issue, but something that is extremely offensive to the community, and horribly damaging to young people. If good people don't react as Kevin did -- especially if folks try to carry on a "rational discussion" about it -- the school officials won't think we take their violations seriously. That's been our experience over the past 25 years.

In other words, you absolutely need to get their attention! Thank you, Kevin, for showing how it should be done!

The post Texas MassResistance Asst. Director Scorches Officials at His Local School Board Meeting Over Critical Race Theory and the LGBT Agenda! appeared first on The Stream.