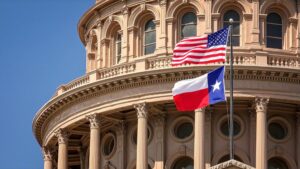 Abbott's executive order applies to all government-run entities with the exception of nursing homes and assisted living facilities. "Vaccine requirements and exemptions have historically been determined by the legislature, and their involvement is particularly important to avoid a patchwork of vaccine mandates across Texas," Abbott said in an accompanying statement.

I issued an Executive Order maintaining the prohibition of vaccine mandates.

Abbott's order follows a similar one signed weeks ago that prevented any organization or business from mandating the vaccine without FDA approval. While his order now applies to public universities and other state-funded organizations, it does not apply to private businesses, which can mandate Pfizer's vaccine for their employees if they so choose.

Abbott, a Republican, has also vowed to fight mask mandates in schools and other public organizations. He signed an executive order banning mask mandates, which suffered a setback Wednesday after a Dallas County judge issued a temporary injunction against it, ruling that it limited public health officials' ability to combat the virus, according to the Dallas Morning News.

Coronavirus cases have skyrocketed nationwide, but surges have been especially high in southern states. Texas recorded more than 21,000 new cases and 249 deaths Wednesday, according to Johns Hopkins University data.

The post Abbott Bans Vaccine Mandates in Texas Despite FDA Approval appeared first on The Stream.