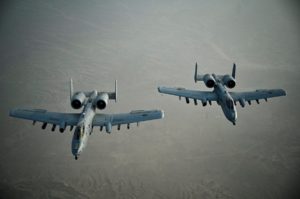 Multiple Department of Defense officials confirmed this troop withdrawal, according to Fox News reporter Lucas Tomlinson. Washington Post reporter Dan Lamothe confirmed the story, adding that the withdrawal would begin slowly before picking up the pace in coming days.

"As we have made consistently clear, commanders on the ground are empowered to make any adjustments they see fit, when they see fit. That includes changes to the footprint," Pentagon spokesperson John Kirby said in a statement in response to the reports. "To that end, we can confirm reports of the departure from Afghanistan of several hundred U.S. troops."

"These troops represent a mix of headquarters staff, maintenance and other enabling functions that were scheduled to leave and whose mission at the airport was complete," he continued.

Kirby added that the troop movement wasn't the result of an ordered retrograde, but was a "prudent and efficient force management" that won't have an effect on the military's mission in Kabul.

Last week, President Joe Biden ordered more than 5,000 American troops to be sent to Kabul to secure the airport perimeter after the U.S.-backed Afghanistan government collapsed and the Taliban claimed control of the country. The Taliban has repeatedly warned the U.S. not to leave troops in Afghanistan after Aug. 31 even if not all Americans in the Middle Eastern nation have been evacuated.

While the White House has promised to do whatever it takes to evacuate Americans who want to leave Afghanistan, the Taliban has made it increasingly difficult for both Afghans and Americans to reach the airport, tweeted Politico reporter Lara Seligman.

"During a meeting this morning with the G7 leaders, the President conveyed that our mission in Kabul will end based on the achievement of our objectives," White House Press Secretary Jen Psaki said in a statement Tuesday.

"He confirmed we are currently on pace to finish by August 31st and provided an update on progress in evacuating Americans who want to come home, third-country nationals, and Afghans who were our allies during the war," her statement continued.

Earlier in the day, the U.S. embassy in Kabul issued an alert saying American citizens would be on their own if they didn't quickly evacuate Afghanistan, NBC News chief foreign correspondent Richard Engel tweeted. The embassy removed this message 30 minutes after posting it.

In April, Biden vowed to withdraw all U.S. soldiers from Afghanistan by Sept. 11, 2021.

The White House didn't immediately respond to requests for comment.