Are Christians Hypocrites for Opposing Homosexuality? 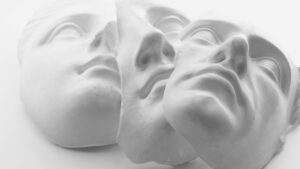 I believe engaging in homosexual behavior is indeed sinful. It’s a destructive activity that is forbidden by God and one that absolutely does make an authentic, saving relationship with God impossible. That is, if there is no repentance.

Unlike some, I don’t believe we can equate sexual sin with other sins, presuming all sin to be the same. Different sins have vastly different consequences.

That being said, I absolutely agree with many LGBTQ+ supporters and promoters when they say Christians are hypocrites for opposing homosexuality. Of course, as a blanket statement such an accusation would be unfair. As a broad generality, however, they are right.

The LGBTQ+ Community is Right

1: a person who puts on a false appearance of virtue or religion, and

2: a person who acts in contradiction to his or her stated beliefs or feelings.

Hypocrisy would be a fair accusation if Bible-believing Christians themselves took part in homosexual activity while preaching against it. While this absolutely does happen, it’s not required for the label of hypocrite to stick. Something much more common results in Christian hypocrisy.

We can also consider the fact that heterosexual activity outside of marriage is forbidden by Scripture. Clearly it would make sense for a Bible-thumping, heterosexual, anti-gay zealot to be labeled a hypocrite if he or she were to be shacking up with their significant other. This is obvious.

I don’t believe we can equate sexual sin with other sins, presuming all sin to be the same. Different sins have vastly different consequences.

Interestingly, according to Scripture, the actual act of sex, whether it’s hetero or homosexual, isn’t necessarily required to qualify as sexual sin.

You have heard that it was said, 'You shall not commit adultery.' But I say to you that everyone who looks at a woman with lustful intent has already committed adultery with her in his heart. If your right eye causes you to sin, tear it out and throw it away. For it is better that you lose one of your members than that your whole body be thrown into hell. (Matthew 5:27-29, ESV)

For if we go on sinning deliberately after receiving the knowledge of the truth, there no longer remains a sacrifice for sins, but a fearful expectation of judgment, and a fury of fire that will consume the adversaries. (Hebrews 10:26-27, ESV)

I wrote the following in an article titled No Naked People:

Sexual images are flashing before our eyes from every angle through media, marketing, video games and other invasive sources.

I've actually had Christians challenge me by saying it's not possible for a man to avoid lust, as if it's an expected part of our make up! I heard about another who said that the Bible doesn't forbid lust, only lusting about married women! The culture is causing many hopeless and some defiant Christians to believe that freedom from sexual fantasy is not possible, or even necessary. God help this nation.

A report by George Barna on pornography is revealing:

The truth is, multiplied millions of Christian men and women very well may be those the LBGTQ+ camp is accurately hurling accusations at. If we lust, we have committed adultery. We are engaging in vile, forbidden sexual sin that God has renounced with crystal clarity.

Practice What We Preach

The moral of this tragic story is obvious. We disqualify ourselves from preaching on holiness if we refuse to live holy.

I’m not talking about truly repentant people who are surrendering their lives to Jesus, who are crucifying their flesh and who are in a determined process of deliverance and freedom from sexual sin. I’m addressing those who keep returning to their sin while preaching against it. I’m talking about plain, vanilla hypocrisy.

While there is absolutely a place for surrendered, consecrated followers of Jesus to deal directly with homosexual activism in an authentically loving and humble manner, I would suggest the battle should be waged from a different place.

We need a movement of purity, holiness and the fear of the Lord to strike the church in our nation. Judgment begins in the house of God. Repentance should start there too.

Don’t be surprised if mocking, hatred and verbal assaults come our way if we refuse to humble ourselves and live free from the grip of very sin we are railing against.

Put to death therefore what is earthly in you: sexual immorality, impurity, passion, evil desire, and covetousness, which is idolatry. On account of these the wrath of God is coming. (Colossians 3:5-6, ESV)

The post Are Christians Hypocrites for Opposing Homosexuality? appeared first on The Stream.