Critical Race Theory: Not Some Silly ‘Bogeyman,’ But Genuinely Evil 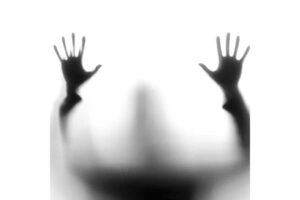 Does critical race theory have any redeeming value? Are Christians guilty of thoughtless, knee-jerk reaction against it? This is no time for us to be doing that. There are times in the clash of cultures when Christians should stop, listen, and learn; times when overly defensive, anti-intellectual, "Not Invented Here" responses only serve to embarrass us.

I’ve seen it happen. Some preachers, for example, reject all psychology except "biblical counseling," failing to see that the Bible itself tells us to look around ourselves and learn. (If we can learn from ants, surely we can learn from each other!) Some psychological approaches are certainly mistaken and some are full-on evil, but not all of it, and we can still learn from the good things secular psychology uncovers.

So the question now is whether the same is true of critical race theory. The Stream has reported often enough on its intrinsic evils, but is it entirely evil? Is there nothing we can learn from it?

I appreciate how someone put the issue the other day in a Christian Facebook group:

"The church has always taken secular theories and used them in our culture. We have to stop acting like CRT is some kind of bogeyman that will end the Gospel."

What I like is the way his wording brings the underlying question to the surface: "Could we please quit embarrassing ourselves this way?" It's a fair question. Nevertheless I believe he’s on the wrong track. Let’s see what we find as we examine four ways we CRT opponents could be getting it wrong.

1. Is there nothing true in critical race theory?

Are we saying CRT is all wrong in everything it teaches? Of course not. Let's start with the absurdly obvious. CRT says that there's a race problem in America. Yes, there is, and no sane person doubts it. CRT isn't wrong in every particular thing it says. It's just wrong in whatever makes it uniquely critical race theory.

Let me illustrate from religion. If I say Christianity is true and Hinduism is false, I'm not saying Hinduism teaches nothing true whatsoever. I'm saying first, that Hinduism is false where it disagrees with Christian teaching, and second, that those areas of disagreement matter. A lot.

Just because it works for that one thing, doesn't mean CRT is true, or that we should start viewing the world the way CRT views it.

Christianity and Hinduism disagree on the basic nature of reality, what it means to be human, what our basic human problem is, and how we solve it. That's way more than enough to conclude that if Christianity is true, Hinduism isn't -- in spite of their having points of agreement as well.

The same sort of thing goes for CRT. Its underlying worldview commitments are atheistic and materialistic, and its view of humans has nothing to do with the image of God. It sees the human problem almost exclusively in terms of money and power, and it tends to prefer revolution as the answer. That's wrong enough to say CRT is very badly wrong, even if it's not wrong in every small detail.

2. But don't we agree on the main things, like justice, oppression, and reconciliation?

But doesn’t critical race theory have "elements within it that are entirely in line with Jesus,” to quote that same Facebook commenter? He mentioned justice and oppression as two of those “elements.”

The Bible's "justice" and "oppression" are too different from CRT's to call them the same thing.

The answer is still no. Religion provides another good analogy here. Historic Christianity and Mormonism both teach the primacy of Jesus Christ. They use the same word, that is. What's packed inside it is completely different. For Mormons, the word "Jesus" refers to God's first created being, the brother of Lucifer. That's not the same person Christians mean when we speak of Jesus!

Likewise, CRT's "justice" and "oppression" differ markedly from the Bible's. For CRT it's all about equal outcomes, where for the Bible it's much more about equal treatment under the law. CRT looks almost exclusively at wealth and power, whereas the Bible sees those as important, but less important than virtue (including humility), the salvation and growth of the soul, the quality of relationships, and so on. The Bible’s “justice” and “oppression” are too different from CRT’s to call them the same thing.

So yes, CRT and the Bible both speak of these things, but no, CRT's view isn't "entirely in line with Jesus."

3. What About CRT's Analytic Methods?

So maybe we shouldn't run with CRT's solutions to racial problems. But let’s not forget, it's an analytic method, too. Can't we at least benefit from its readout on society?

Yes and no. Critical race theory came out of academia, and academics certainly know how to do analysis. So of course it has good methods to offer. Good enough, unfortunately, to effectively confuse and distort reality.

Take "systemic oppression," for example. CRT sees oppression wherever one group has more power and material goods than another. It brings its nicely refined analytic methods to the table, digs out those differences, and says, "See? This group is oppressed!" It's a horribly truncated analysis, though, if true oppression is what it's looking for. It covers nowhere near enough ground. (I hinted toward this above.)

Both groups make enough money at their work to keep doing what they love doing. Is Group B oppressed? How so?

Consider two groups. Group A loves mining and manufacturing and selling. Group B loves art and music and nature. Both groups make enough money at their work to keep doing what they love doing. Is Group B oppressed? How so?

Critical race theory specializes in differences in money and power. To measure oppression in all its dimensions, it would also need to measure differences in virtue, in dignity, in freedom, in human relationships, in aesthetic enjoyment, and on and on the list goes.

It doesn't do that, yet it claims to be able to analyze oppression, as if it were covering the whole territory. That's bad analysis, it leads to wrong conclusions, and it does it under the even more misleading authority of academic analysis.

4. Can't CRT Give Us New, Creative Solutions to Our Race Problems?

But wait! says our hopeful CRT supporter. Let's not give up yet! Maybe CRT gets a lot wrong. Still, though, it's a fresh new way of looking at race in America. Couldn't that new view spark some fresh new solutions?

Yes, absolutely. It could do that, and I’m fine with that. The more it good thinking it ignites, the happier I'll be. (Emphasis on good thinking.) What does that really mean, though?

Several years ago I was leading a strategic planning session with a ministry focused on reaching business executives with the gospel. The session was stalling, due to a serious shortage of creative ideas. So I said, "I want you to imagine you're doing your ministry while wearing Disney character costumes."

I was using a standard creative thinking technique there to encourage "lateral thinking," looking at old problems from new angles. And it worked. The group came up with some reasonably good new ideas for ministry.

Lateral thinking is good. New idea are good. I did not expect them, though, to run out of there and go shopping at the Disney store.

CRT can help us look at the world of race relationships in new ways. It might lead to positive, creative new ideas. It could be a helpful exercise in that sense. Just because it works for that one thing, though, doesn't mean CRT is true, or that we should start viewing the world the way CRT views it.

It's Not All Wrong, But It's Wrong Enough

CRT isn't all wrong, then, and thinking about CRT needn't be all bad. It's wrong enough, though. It's shot through with Marxism, Freud, and postmodernism; with economic materialism, and with power conflicts. So yes, it's wrong from top to bottom. Could we find some value in it? Sure, if we look hard enough, but think of how much rotten, smelly, awful stuff we have to push through to get there.

The fellow on Facebook was worried about Christians embarrassing ourselves by "acting like CRT is some kind of bogeyman that will end the Gospel." No, it won't end the gospel. That's way overstated, and he knows it.

It's also not "some kind of bogeyman." That’s trivializing the problem. "Bogeymen" aren't real, but CRT is. "Bogeymen" are kind of funny, and CRT isn't. "Bogeymen" are pretty bad, yes; but the more I read, the more I learn, from their original sources and elsewhere, the less embarrassed I am to call critical race theory what it is. It’s a full-on expression of evil. Redeeming virtues? I’m sorry, but don’t bother looking.

The post Critical Race Theory: Not Some Silly ‘Bogeyman,’ But Genuinely Evil appeared first on The Stream.