‘This is Manifestly Not Saigon’ and Our Society of Lies 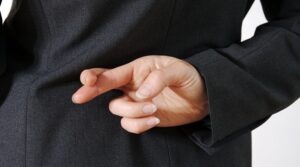 I wrote about the moral, diplomatic, international and American tragedy of abandoning Afghanistan a few months ago, so here I will address only the comment by Secretary of State Antony Blinken on ABC’s This Week -- and what it says about our country.

Commenting on the American helicopters picking up Americans from the roof of the U.S. embassy in Kabul, Blinken said, “This is manifestly not Saigon.”

A Society of Lies

That statement sums up the state of the United States of America. We have become a Society of Lies. As I have known since I studied the Soviet Union and communism at the Russian Institute of Columbia University, truth has never been a left-wing value. There are honest and dishonest liberals; there are honest and dishonest conservatives. But truth is both a liberal value and a conservative value. It is not a left-wing value. People on the left are committed to saying whatever furthers their agenda, true or false.

I have debated the question of whether leftists believe the lies they utter for much of my lifetime. And I have concluded that they generally do -- in part because they just don’t ask themselves the question: “Is what I am saying true or false?”

The fact is that Kabul 2021 is Saigon 1975 -- and everyone with eyes to see knows this. Yet, the secretary of state of the United States, representing a left-wing administration and party that is therefore committed to saying whatever is deemed beneficial to its interests regardless of whether it’s true, shamelessly announces that Kabul “is manifestly not Saigon.”

Does Blinken believe what he said? Perhaps. Did he ask himself if that was a true statement before he made it? Not likely.

Do They Believe What They Say?

Now you can see how this statement about Kabul is related to “men give birth.”

Do people who say that believe it? Probably. Yet no rational truth-seeking individual can come up with a more obvious falsehood.

Do people who deny that the 70% out-of-wedlock birthrate among black people is a major contributor to the disproportionate rate of black male criminality know they are lying? Probably not. Their “anti-racism” agenda has compelled them to believe it.

As the Wall Street Journal reported on May 12, 2020, about Rep. Adam Schiff, a man who lies often and with breathtaking ease, “Newly released documents show he (Schiff) knew all along that there was no proof of Russia-Trump collusion.”

In that regard, did The New York Times and all the other mainstream media believe their two-year lie that the Trump campaign colluded with Russia? Again, it is doubtful they asked themselves if what they wrote and broadcasted was true. The only question the left asks is whether what they say is effective in furthering their goals.

Virtually the entire educational establishment -- from elementary school to graduate school -- is a world of lies. Indeed, education in America has nothing to do with education as Americans and the rest of the West have always understood the term. The concept of objective truth -- the basis of education -- is now denounced as white supremacy. According to the Oregon Education Department, even the understanding that math has correct answers is a function of white supremacy. And, of course, the assessment that Shakespeare wrote the finest plays or Beethoven the greatest symphonies is likewise dismissed as a form of white supremacy.

No Commitment to Truth

Virtually no major institution in the United States is committed to truth. The American Medical Association just announced that birth certificates should no longer list “sex” because we do not know the sex of a baby. We know the sex of every mammal on the planet, but not of human beings. And medical schools -- yes, medical schools -- are no longer to refer to those who give birth as women, but as “birthing persons”; “breastfeeding” is referred to as “chest-feeding.”

Slate, to its credit, published a piece titled, “The Noble Lies of COVID-19,” citing four lies told by Dr. Anthony Fauci, whose commitment to truth is only a notch above that of Adam Schiff. One of the four Fauci lies cited is that cloth masks work. Yet, as the article noted, a Freedom of Information Act email revealed that Fauci’s original, March 2020, position that masks were unnecessary remained his position even when he later advocated that the country be masked.

The tech giants have no commitment to truth. They label any positions with which they differ “misinformation” and take them down even when those positions are espoused by world-renowned scientists and other experts. No one is more responsible for our Society of Lies than Google, YouTube, Twitter and Facebook.

The president of the United States says whatever works for him and his left-wing party. One example rarely noted was his decision to turn the Pulse nightclub, an LGBT gathering place in Orlando, Florida, and the scene of a 2016 mass murder of 49 people, into a national memorial.

“Five years ago today in Orlando in the middle of Pride Month,” Biden announced, “our nation suffered the deadliest attack affecting the LGBTQ+ community in American history, and at the time, the deadliest mass shooting by a single gunman.”

The problem is the mass murder had nothing to do with Pulse being an LGBTQ club. The murder was committed by a radical Muslim, Omar Mateen, looking for any crowded place to kill a large number of Americans. As prosecutors noted during Mateen’s trial, Mateen had wanted to avenge U.S. airstrikes on ISIS in Syria.

That’s why Blinken’s lie is like water off a duck’s back. The left has made truth a nonissue in America.

It has made us a Society of Lies.

Dennis Prager is a nationally syndicated radio talk-show host and columnist. His latest book, published by Regnery in May 2019, is The Rational Bible, a commentary on the book of Genesis. His film, “No Safe Spaces,” was released to home entertainment nationwide on September 15, 2020. He is the founder of Prager University and may be contacted at dennisprager.com. Copyright 2021 Creators.com.

The post ‘This is Manifestly Not Saigon’ and Our Society of Lies appeared first on The Stream.