From Death to Life: ‘I Had to Make a Choice in My Heart’ 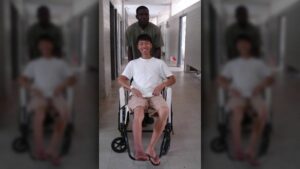 “There’s nothing we can do. … [you have] not even a few hours left.” Three doctors told missionary to Liberia John Choi he was dying and there was nothing they could do to stop it. He’d been stung on his foot by a poisonous African scorpion. His heart had already stopped four times. He was in and out of consciousness. “This is how a person dies,” he remembers thinking.

John told The Stream that he was in despair, hopeless and sad. The missionary who had first found him unconscious had taken him to doctors at three different hospitals. He too began thinking John would die. He called the main campus of International Youth Fellowship organization in Korea. He had to notify them that one of the volunteer missionaries was dying. But founder of IYF and Good News Mission, Pastor Ock Soo Park, answered the phone.

Wait for the Lord

After speaking with the missionary who found John, Pastor Park asked to speak with John. Park told John what he’d heard. John was dying. There was nothing that doctors could do. But then he told John there was a way for him to live. “For you to overcome the poison, you need a new strength.” That very morning, Park had read Isaiah 40:31: “But they who wait for the Lord shall renew their strength.” Park continued:

You are dying … but the Bible says when you wait on the Lord, that God will renew your strength. This Bible is not just a history book. This Bible is the Word of God. And God, He never, ever lies once. He always keeps His promises. If you accept this Word in your heart, not only the Word will go into your heart, but the power inside of the Lord [will] come and defeat the scorpion poison.”

Park told John that he needed to look upon the Lord and wait for God. God would give him strength.

Am I Going to Believe?

“I had to make a choice in my heart,” John said. “Am I going to believe and accept the thoughts that seem right to me, but is telling me I’m going to die, or am I going to accept and believe the Word of God saying I’m going to live, but doesn’t make sense to me?” It was then that John made the choice to wait on the Lord. He felt peace and drifted off to sleep.

As his nurse was making the rounds the next morning, she was shocked to discover that John was still alive. The hospital’s doctor and nurses believed he would die. But his strength had returned and he felt refreshed. When the doctor decided he was well enough to go home, he told John there was just one problem -- he didn’t know what to write in John’s chart as a reason John’s health returned. “I didn’t do anything for you,” he told John. John told him to write Isaiah 40:31. “Write: God did it.”

John’s story didn’t end there, however. In two weeks, he found out that his foot was rotting away and he needed an amputation. But John refused. Every day for a month, John’s dead flesh was scraped away. He was not allowed to go under anesthesia because his heart had recently stopped four times. He was in excruciating pain. Frightened, his heart and mind weakened. For a week, John thought maybe he should go ahead with the amputation. But then he remembered Isaiah 40:31 and believed that God would heal his foot, as He saved his life.

As John began looking to God and waiting on Him, he heard Him say, “Healing your foot is nothing. And through this, I want my name really to be glorified.” John’s heart changed. Although his circumstances were the same, his heart was transformed and he trusted God to lead him through the pain and suffering.

John made a full recovery and eventually moved to Los Angeles, where he pastors a church called Good News LA. He and his wife have three children. He named one of his sons Isaiah after the Scripture verse he’d leaned so heavily on. His middle name? Saehim (??) -- which, in Korean, means “new strength.” 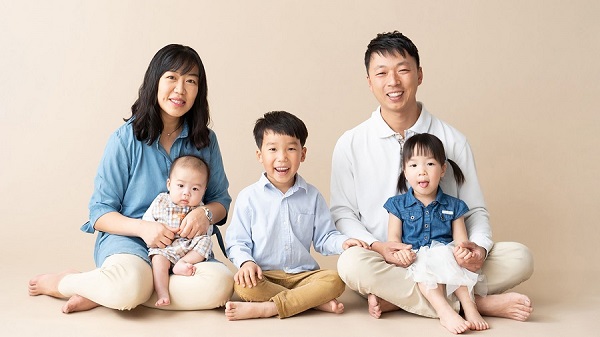 John Choi and his family.

The post From Death to Life: ‘I Had to Make a Choice in My Heart’ appeared first on The Stream.