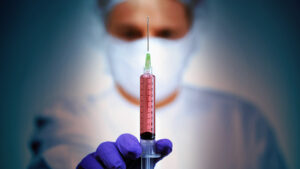 In my last column I pointed to the prospect of modern-day slavery in Australia. Its authorities scheme to strip their subjects of the right to assemble peaceably, discuss public health, or dissent from government policies. In other words, to use the threat of death by COVID to treat once-free Australians like subjugated Chinese or North Koreans. I skipped over perhaps the most telling detail of the story, however. Perhaps I didn't want to see it. But it has come back to haunt me:

Minister for Police and Emergency Services David Elliott even bragged about how many calls - a total of over 15,000 - had been received from people reporting on others for attending "illegal" protests.

Let's leave aside the nightmarish history of governments leaning on snitches, who turn and betray their neighbors. Suffice it to say that Stalin erected a statue to a boy who turned in his father to go to the Gulag. (His neighbors, quite perceptively, had caught the boy and hanged him.) East Germany honeycombed the whole of society with informers. By the end, some one-third of the population were registered agents of its secret police. But that's what we expect of totalitarian governments, which get the human species wrong and govern as if we were termites.

“Snitch” Is the New Black

Australians didn't grow up to the sound of jackboots, in the shadow of searchlights, waiting for the Stasi's knock on the door. Why then are so many are falling over themselves to send their neighbors to jail for ... attending a political protest? Why are they so eager to be locked back in their houses? To watch what small businesses survived last year's hysteria go bankrupt, while Amazon and Netflix hoover up still more billions? To give in to gut-wrenching panic, and reassure themselves by obeying bureaucrats' orders?

Because that's what post-Christians do. As I wrote last time, once your society has heard the Gospel, you lose the old pagan option of simple, fallen humanity. No longer will it satisfy you to live on among your descendants, or in the memory of the tribe. You have been called to superhuman efforts and rewards, to divinization in Jesus. Reject that, and there's no going back to Thor or Zeus or Quetzalcoatl. All the beguiling fancies of paganism are dead, uprooted like the wildflowers cleared to plant Versailles' formal gardens. If you hack down the fruit-bearing tree of the Cross that your ancestors planted, all you have is bare, rocky soil. And the only things that will grow there are rank, subhumanist weeds.

No Lives Matter, This I Know/Because Charles Darwin Taught Me So

Somewhere in your head, you vaguely think you have supernatural dignity, and were made to live forever. But you've shoved aside the Man who can actually make that happen, for meddling in your sex life. Or asking you to be humble, and share beliefs with people in barren flyover states who drive tacky pickup trucks.

You've transferred your act of faith from a God who designed each creature to … the infinitesimal odds that random mutations typed like billions of monkeys to create the first living cell. Then launch the Cambrian Explosion. Then accidentally cobble together exquisite brains that could develop reliable Science, and understand the world. The Darwinian Just-So story is really much less plausible than Native American myths that ground the world on a giant turtle. But have it your way.

Like someone who went out clubbing, hooked up, then passed out on the couch, you're stumbling home in soiled finery at dawn on your Walk of Shame. You blink in the ghastly daylight that shows you how sordid the world really is. But you still have your dignity. Or as much of it as you can cling to, with a hangover like this one.

A Watery Bag of Molecules, with an Attitude

You still hold on to some version of human rights, though you can't really justify them and don't apply them consistently. They help keep the tatters of your sovereignty intact. You don't believe any more in old figments like Natural Law. How can mere molecules whizzing through the vacuum be beholden to airy abstractions like Purpose, or Right and Wrong? You are just a watery bag of molecules yourself, if you think hard enough about it -- which is the reason you try hard not to. Instead you consider your "rights," your "freedom," your quest for "fulfillment."

You say that you believe in human rights and even animal rights. But do you? Do you think that a salmon's rights are being violated when a bear reaches down and eats him?

You're also committed to "justice," a strange thing to cling to in a world of colliding particles governed by chance and the law of the jungle (i.e., the survival of the fittest). You can't justify Justice, but you know that doing stuff that's labeled "socially responsible" gives you a Warm Fuzzy feeling, instead of a Cold Prickly one.

Life Is a Desperate Street Fight for Happy Moments

And that's all you finally know is real: the difference between feeling good at one given moment, and feeling bad. You like feeling good, instead of bad. You vaguely extend the same privilege to others, both humans and animals. In theory, you might even believe that you live your life trying to help other creatures achieve more Happy Moments than sad ones. If you were a liberal arts major, you might dignify this figment with a philosophical label: Utilitarianism. If you weren’t, you might be satisfied with one of those “Coexist” bumper stickers on your Prius.

The world is a vast, chaotic mishmash of Happy Moments and sad ones. Nobody really has hard and fast "rights" because where would they come from? You say that you believe in human rights and even animal rights. But do you? Do you think that a salmon's rights are being violated when a bear reaches down and eats him? So why aren't you out on a riverbank, trying to raise the bear's consciousness -- maybe offering him vegan alternatives to meat? Why don't you boycott products made in China by Uyghur slaves in concentration camps? Or refuse the Dead Baby vaccine made using Josef Mengele’s methods?

Gather Your Warm Fuzzies While You May

Because you don't really care. You juggle the flaming torches of Darwinian materialism, social justice, and the quest for Happy Moments, but you know you can't actually hold on to all three at once. But tossing and catching them offers Happy Moments too, and it stops you from burning your hand -- or just plain burning out -- by clinging too hard to any one of them.

You don't really believe that other peoples' Happy Moments are nearly as important as your own. Nor do you expect them to care much about yours. But pretending to believe We Care About Each Other yields ... Happy Moments, while admitting the truth causes sad ones. To gather your Warm Fuzzies while you may, you nod and gesture and signal in other people's directions, when it doesn't cost you much. When you see someone drowning in the ocean, for instance, you'll give him a hearty thumbs up, to boost his mood. And of course, your own. Then you turn promptly away before his death throes turn into a buzzkill.

In light of all this, which is the worldview they tried to teach me at Yale, how to make sense of citizens building prison walls around themselves and screaming for snipers to guard the towers?

Simple. All the post-Christians out there (and the happy-masking and vaxing pastors who pretend to lead us) are just looking out for themselves. They're terrified that they'll catch COVID and die, which will (as far as they're concerned) destroy the universe. No more Happy Moments after that. So they're willing to back any plan that seems to lower the odds of obliterating all human life (or at least, the only one that matters).

You know from reading blog posts and textbooks that No Lives Matter. Nobody really has airy-fairy things such as "rights" to peaceably assemble, practice religion, defend themselves with weapons, or such other old-timey nostrums from the days of buggy whips and muskets. Where would such rights even live -- in dark matter, or black holes in space? There's no "rights" particle, according to Science.

But the authorities you trust for knowledge about the world -- the automatic feed set up by strangers at Yahoo, for instance -- tell you that yielding to fanciful "rights" claims made by weirdos who don't believe in Science might increase ever so slightly the odds of the whole Youniverse disappearing. Screw that, you conclude. Heck yeah, you'll turn such people in. And you'll cheer as the cops haul them off, before scuttling back to your cell.

The post The Public Health Dictatorship Post-Christians Crave, and Deserve appeared first on The Stream.