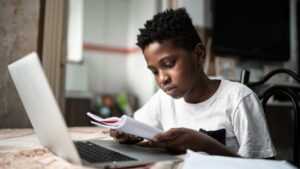 US COVID-19 deaths are at the lowest levels since March 2020, but alarmism over the "Delta variant" is nonetheless on the rise. Many parents are getting worried: Will teachers' unions and government officials once again collude to close schools or otherwise restrict in-person learning this fall?

With this debate heating up, the results of a new report by McKinsey & Company documenting the devastating academic, economic, and mental health consequences of last year's school closures couldn't be more timely.

State officials closed public and private schools alike across the country when the pandemic first broke out. Then we quickly learned that COVID-19 posed a relatively minuscule risk to children and that in-person schools weren't turning into virus hot-spots. Yet teachers' unions pushing political and personal demands pressured elected officials. They held students hostage and kept schools fully or partially closed for many months after we understood the science behind school safety. Many schools only reopened, at long last, for the final months of the 2020-2021 school year.

With tens of millions of kids forced into hastily-crafted "distance learning" schemes and millions more falling through the cracks entirely, the school closures quickly proved catastrophic. Students were deprived of their education by the government -- and thanks to the new McKinsey analysis, we now know just how grave the life-long ramifications of this decision will be.

Analysts at the global consulting firm ran the numbers and concluded that the school closures will leave students an average of five months behind in math and four months behind in reading. This is bad enough, but the analysis notes that these gaps are particularly severe for students in majority-black and majority-low-income schools.

"High schoolers have become more likely to drop out of school, and high school seniors, especially those from low-income families, are less likely to go on to postsecondary education," McKinsey also reports. 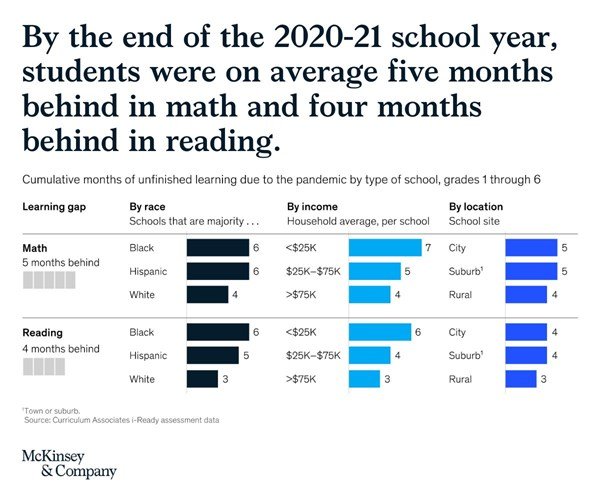 All this educational loss will have grave financial implications. The analysts find that students adversely impacted by school closures could earn $49,000 to $61,000 less over their lifetimes as a result. This may amount to a $128 billion to $188 billion annual loss to the US economy as the affected generation eventually enters the workforce.

Yet the harm inflicted on our children by government mandates closing schools isn't just academic or financial. Depriving children of in-person socialization, limiting their ability to see friends, and disrupting their routines took a grave toll on their mental health, too, McKinsey finds.

McKinsey surveyed more than 16,000 parents across all 50 states. At least 35 percent said they were "very" or "extremely" concerned about their children’s mental health. Nearly 80 percent indicated some level of concern. Meanwhile, parents reported a 6 percent increase in clinical-level anxiety and a 5 percent increase in clinical-level depression among their children. They also reported increased social withdrawal, self-isolation, lethargy, and irrational fear. 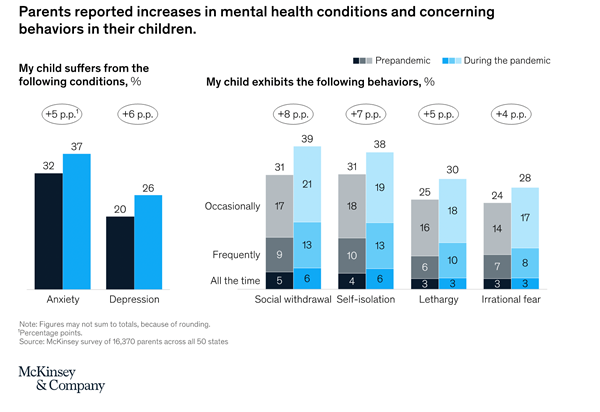 Harm Inflicted on an Entire Generation of Children

With this comprehensive data in hand, it's undeniable that government-mandated school closures imposed life-long harm on an entire generation of children.

To be clear, virtual or remote schooling itself isn't the problem. For some students and families, it may work well. But the government overrode the judgment of parents and school officials, denying them the opportunity for in-person education even if that’s what they wanted.

We now have to live with the dismal results. Let them stand as a reminder of what happens when we superimpose the will of detached government bureaucrats over parents who are far better positioned to make good decisions for their children.

Brad Polumbo (@Brad_Polumbo) is a libertarian-conservative journalist and Policy Correspondent at the Foundation for Economic Education.