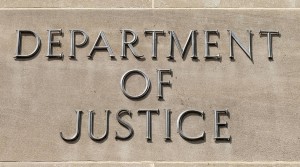 A letter sent Friday from the DOJ to Louisiana Rep. Steve Scalise stated that the agency would not be opening investigations into the nursing home policies of New York, Michigan, and Pennsylvania during the COVID-19 pandemic. The states had all "required nursing homes to admit COVID-19 patients to their vulnerable populations, often without adequate testing," according to a DOJ statement.

The DOJ had requested data from New York, New Jersey, Michigan, and Pennsylvania in August to determine whether their nursing home policies during the COVID-19 pandemic caused an increase in fatalities. Upon reviewing data from the states, the DOJ declined to pursue investigations under the Civil Rights of Institutionalized Persons Act (CRIPA) in every state except New Jersey, where an investigation is currently ongoing, according to the letter.

A terrible day for thousands of families. In a letter to @SteveScalise, @TheJusticeDept wrote that they were dropping the nursing home investigations in all states including New York. There will be no justice for our loved ones, and it feels like we've lost them all over again. pic.twitter.com/DV7uNRMr9D

"We have reviewed the information you provided along with additional information available to the Department. Based on that review, we have decided not to open a CRIPA investigation of any public nursing facility within New York, Pennsylvania, or Michigan at this time," the letter to Scalise read.

While initially praised for his handling of the COVID-19 pandemic, New York Gov. Andrew Cuomo attracted widespread criticism for his nursing home policies, with many viewing his decisions as leading to deaths. Cuomo sent as many as 6,000 coronavirus patients into nursing homes, the Daily Caller News Foundation reported.

An investigation by the DCNF revealed the New York State Department of Health was knowingly undercounting nursing home deaths, following Cuomo's order requiring nursing homes to accept patients from hospitals who had tested positive for coronavirus.

They're complicit in these Democrat governors' cover ups.

Steven Rosenbaum, chief of the DOJ's Special Litigation Section, had sent a letter Thursday to the office of Democratic Michigan Gov. Gretchen Whitmer informing her the agency would not pursue an investigation into the state's COVID-19 policies regarding nursing homes, Detroit Free Press reported. Pennsylvania Gov. Tom Wolf received the same letter Thursday, according to the Associated Press.

Michigan Attorney General Dana Nessel had previously declined the Michigan GOP's request for an investigation into Whitmer's handling of the pandemic, the DCNF reported.