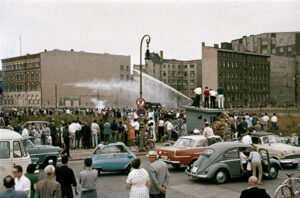 Cuba, a country that has slaughtered tens of thousands of its own citizens? As you're reading this, there's an uprising of its citizens against its dictatorship. And China . . . seriously? They wrote the book on human rights abuse. They hold at least 1 million Uyghurs and other minorities (mostly Muslims) in forced labor camps, and steal their organs for sale.

Yeah, they get to judge us.

Race: A Pretext for Power

These are just two of the latest debacles to add to the collection of the far-left's obsession with race. Many of us in some Christian circles have heard the expression, "He/She finds a demon on every door knob." I've always taken that as a "tongue-in-cheek" comment (usually with an accompanying eye-roll). But I must say that lately, it seems like the far-left sees racism on every door knob. Or pretends to.

We all acknowledge the dark past of our country. I'm old enough to remember segregated bathrooms at the courthouse in my hometown. Even as a young guy, I was both confused and appalled at that. Although the 15th Amendment in 1870 gave blacks the right to vote, it was not until 1966 (when poll taxes were banned by the Supreme Court) that all barriers had been removed

But we went from that to electing an African American president in only 42 years. In fact, Obama was elected twice with only a 13% black population. We have made astounding progress. Today’s relentless race-baiting rolls back the dial to the 1960s.

Worse Than the Disease

Years ago, I planted three crepe myrtle trees in my back yard, one being close to my pool. Quite honestly, I don't know why it never occurred to me that would be a problem. I admired the three saplings for several years until they grew large enough to produce blooms. And as they grew larger, they made more blooms. So, needless to say, every day my pool was filled with blooms!

One spring, as the blooms came out, I thought of a "solution." I decided to cut off the ends of all the branches with the most blooms and rid myself of those menacing white eyesores in the pool. That was a big mistake. Even though I didn't know any better from a horticulture standpoint, I should have thought about that as a reader of the Bible. John 15:2 tells us, "Every branch that bears fruit He [Jesus] prunes, that it may bear more fruit." That tree became much larger than the other two and put out many more blooms.

The solution, because it was the wrong one , made the problem worse. In the name of atoning for the past, the left is making race relations worse. 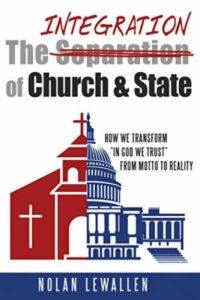 Much has already been written concerning CRT, but progressives continue to double-down in pushing this "doctrine of demons" (1 Timothy 4:1) into our schools, workplaces, and even our military. They use nice, tidy labels like “Equity, Diversity, and Social Justice," but make no mistake; this is Marxism intended to divide us. For more in-depth information, I highly recommend Chris Rufo's writings on this subject.

The United States Department of Agriculture has begun paying out $4 billion in relief to farmers. Sounds good, huh? Well, it turns out to get part of that relief, you must be a “farmer of color!” Folks, this is no different than "White" and "Black" bathrooms! Fortunately, the Biden administration is being sued for racial discrimination. Its policy is clearly unconstitutional.

At the July 4th celebration at the Capitol, Vanessa Williams sang the "black national anthem." We have also seen this done at NFL and NBA games, the Michigan Electoral College, and other events. Who thought that was a good idea to exclude black Americans from our existing national anthem? That just keeps us divided with an "us and them" mentality.

Perhaps this is the most absurd one of all. New polls find that about 80% of Americans, including 70% of black Americans, support the requirement for voter I.D. We've all seen the long laundry lists of everyday things we do in our society that requires an I.D. This is common sense, and it's incredibly condescending to black people to imply that they aren't intelligent enough to obtain an I.D. Joe Biden compared the Georgia law to "Jim Crow laws" and said the Texas law was an "assault on democracy." But his home state of Delaware (that he represented for three decades) has stricter voter laws than either state.

President Biden has boasted the first woman Vice-President, first openly gay nominee to lead any Cabinet department, first black Secretary of Defense, first Latino head of the DHS and HHS, first Asian woman to lead OMB, and first woman as Treasury Secretary. We have a Diversity Hall of Fame. Excuse me for being so passe, but what about their qualifications?

Can you imagine the Kentucky Derby insisting on diversity of color to qualify? Thoroughbred horses can be found in many colors, including black, white, bay, chestnut, sorrel, palomino, buckskin, gray, or roan. But these horses have to qualify through a points system achieved in prep races between September and April. The final qualifying 20 horses are the fastest horses. All 20 could be bay or sorrel, or there could be two of every color. Color has absolutely zero to do with qualifying for the Derby; it's all about the points. And consequently, they wind up with the 20 best horses for the race. Can you imagine how quickly the preeminence of the famed Kentucky Derby would deteriorate if its organizers became obsessed with qualifying by diversity of color?

It's quite interesting that the party pushing for reparations is the party that opposed the 13th, 14th, and 15th Amendments and created the Jim Crow laws. So, are the reparations to make amends for their feeling of guilt? I know we're to believe the best of everyone (1 Cor. 13:7), so forgive me for my skepticism. But could it be the Democrats want the African-Americans' votes? If they are truly remorseful, they should publicly repent as a party and humbly ask the African-American community for forgiveness for their past sins toward their ancestors. Today, in America, there are no white people whose parents or grandparents were ever slave owners, and there are no black people whose parents or grandparents were ever slaves.

Let us pray that these divisive tactics in our country will stop. "How wonderful and pleasant it is when brothers live together in harmony!" (Psalm 133:1).

The post The Left’s Race Hustling is Bringing Back the Bad Old Days of the 1960s appeared first on The Stream.