REPORT: Biden’s Education Department Has Closer Ties To CRT Group Than They Admit 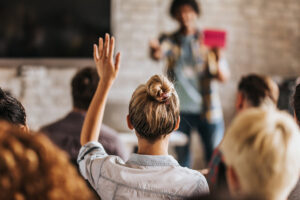 The Biden administration called it an "error" to promote a critical race theory (CRT) activist group's guide in a Department of Education (DOE) handbook meant for use in over 13,000 public school districts on reopening recommendations and policies, Fox News reported.

The activist group, Abolitionist Teaching Network (ATN) has connections to at least two high-ranking officials in the Biden administration's DOE, Fox News reported. It is unclear why ATN was mentioned in the April 2021 handbook and who added the link.

The Biden administration DOE backtracked on the promotion and its link to the group in a statement to Fox News Wednesday which said, "The Department does not endorse the recommendations of this group, nor do they reflect our policy positions. It was an error in a lengthy document to include this citation."

One of the known connections, DOE Deputy Education Secretary Cindy Marten was in charge of the San Diego school system when it had author, professor and co-founder of ATN, Bettina Love speak at an event in August 2020 for $11,000, according to an agreement and financial records, Fox News reported. Marten was nominated in February, but the handbook wasn't published until April, a month after she was confirmed to the DOE position.

Acting Assistant Secretary Donna Harris-Aikens heads the office responsible for the DOE handbook and was a senior director at the largest teachers union, the National Education Association (NEA), according to her LinkedIn, where Love spoke at an event in June of 2020 that discussed "addressing anti-Blackness and achieving educational freedom," Fox News reported.

The ATN does not specifically use the term "critical race theory," but it touches on many of its common themes, which holds that America is fundamentally racist, yet it teaches people to view every social interaction and person in terms of race. Its adherents pursue "antiracism" through the end of merit, objective truth and the adoption of race-based policies.

One San Diego elementary school spent $256 on copies of Love's book, "We Want To Do More Than Survive," a spreadsheet of purchase orders for the school system shows, Fox News reported. A description of her book says it "argues that the US educational system is maintained by and profits from the suffering of children of color."

The DOE's handbook on reopening linked to ATN's guide in its section about the social and mental well-being of students, Fox News reported.

The post REPORT: Biden’s Education Department Has Closer Ties To CRT Group Than They Admit appeared first on The Stream.