A Collage of Corruption? The Hunter Biden Art Scheme 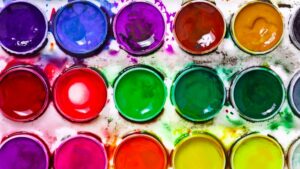 Out of all the reaction to Hunter Biden’s budding art career, one political cartoon best captures the essence of the escapade.

The young Biden, crack pipe dangling from his teeth, paints a scene that looks childish. Meanwhile, Ali Khameini, Vladimir Putin, and Xi Jinping line up behind each other. All three tyrants hold stuffed bags of cash. As they wait, Biden looks behind his back and yells, “Come on, big guy, I’m painting as fast as I can!”

As the young Biden speaks and paints, huge bags of cash surround him. That’s no exaggeration of reality. Georges Berges, his art dealer, said Biden’s paintings, drawings, and collages will sell for between $75,000 and $500,000.

Hunter Biden’s foray into art is anything but humorous.

The cartoon shows that Biden’s foray into art is anything but humorous. Not only does it reflect the Biden penchant for selling influence. It could enable some of the family’s corrupt associates to avoid sanctions or launder money.

The Grift Just Keeps on Comin'...

Experts are already warning of the risks of influence peddling or at least the appearance of ethical conflict, when people buy paintings by the president’s son in a market where sales are already murky and prices extremely difficult to evaluate in an industry that can be used for money laundering.

One expert is Richard Painter, the chief ethics counsel for President George W. Bush from 2005 to 2007. Painter described two groups of buyers who could provide a lucrative market for Biden’s art. They would be lobbyists who want to earn favor with the White House, and foreign governments that want to evade economic sanctions.

The Treasury Department specifically addressed the dangers. In October, it warned that individuals, groups, or governments could use “high-value art transactions” to avoid sanctions and gain economic access. Bad actors could exploit the art market’s inherent weaknesses, such as “a lack of transparency and a high degree of anonymity and confidentiality, especially with respect to the sale and purchase of high-value artworks,” the department’s release warned.

Shell companies and intermediaries are also frequently used to purchase, hold, or sell such artworks, as well as to remit and receive payments, it continued. These avenues for maintaining anonymity allow blocked persons and other illicit actors to obscure their true identities from other market participants, and help to hide prohibited conduct from law enforcement and regulators. The mobility, concealability, and subjective value of artwork further exacerbate its vulnerability to sanctions evasion.

Overpriced At Any Price?

The expensive price range for work from a middle-aged artist with no previous track record also raises questions.

“There has to be a resume that reasonably supports when you get that high,” said Marc Straus, a gallery owner in Manhattan. “To me, it's pure 'How good is it and what's this artist's potential? What's the resume?’ On that basis, it would be an entirely different price. But you give it a name like Hunter Biden, maybe they'll get the price.”

Sebastian Smee, who won a Pulitzer Prize as The Washington Post’s art critic, believes name recognition is the point.

“A few people probably sniff the chance to make money from his notoriety,” Smee said. “But for the most part, people with influence in the art world are looking at his work and thinking, 'Nothing much to see here.'”

“You see a certain kind of art in coffee shops. Some of it is OK, a lot of it is bad and sometimes, it’s surprisingly good. But you wouldn’t, unless you were related to the artist, spend more than $1,000 on it.”

Art For Who's Sake?

Two other facts increase suspicion. First, the Justice Department has been investigating the younger Biden since 2019 for money laundering. Second, Peter Schweizer, who runs the Government Accountability Institute and has written extensively about government corruption, told Sean Hannity that Joe Biden “was a direct beneficiary” of his son’s business arrangements.

Despite appearances, the White House contacted young Biden’s lawyers to devise an arrangement that keeps any buyers anonymous. Supposedly, it would satisfy ethical standards by preventing Biden from knowing who buys or even expresses interest in his work. The plan also would let Berges reject suspicious offers.

But Berges, like his famous client, has links to China. Berges travelled to Beijing and Shanghai to purchase work from Chinese artists, regularly exhibits modern Chinese art, and even considered opening galleries in both cities. “The question that I always had was, 'How's China changing the world in terms of art and culture?'” Berges said in 2014 to China Daily, which the Chinese Communist Party publishes.

Walter Shaub, former director of the Office of Government Ethics, expressed his disgust on Twitter.

So instead of disclosing who is paying outrageous sums for Hunter Biden's artwork so that we could monitor whether the purchasers are gaining access to government, the WH tried to make sure we will never know who they are, Shaub tweeted. That's very disappointing.

The idea's that even Hunter won't know, but the WH has outsourced government ethics to a private art dealer. We're supposed to trust a merchant in an industry that's fertile ground for money laundering, as well as unknown buyers who could tell Hunter or WH officials? No thanks.

The proposed arrangement shows how the Bidens try to insulate “the big guy.” Tony Bobulinski, a former business associate, described their cynical approach to the New York Post in October. Bobulinski told the Post that Joe Biden maintained a pivotal role in helping Hunter secure lucrative overseas contracts, despite the elder Biden’s denials.

“I said, 'Jim, how are you guys doing this? This seems crazy,'” Bobulinski said. “He looks at me and kind of chuckles and says, 'Plausible deniability.'”

The post A Collage of Corruption? The Hunter Biden Art Scheme appeared first on The Stream.