What’s the Big Idea Behind a Biblical Worldview? 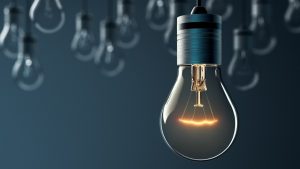 What's the big idea behind a biblical worldview? Actually, the Bible presents many big ideas. But here are three foundational to the Christian faith.

A Big Idea Behind A Biblical Worldview Is Authority

The Bible teaches that God is perfect, all powerful, all knowing and everywhere at once. Concepts that are impossible for my mind to grasp. But the big idea I can grasp is that God is the ultimate authority.

Furthermore, the Bible insists the scriptures are His authoritative word. His absolute truth. That's why Christ-followers read, study and quote the Bible. It provides practical guidance and insightful instructions to follow.

Not because God is a control freak. But because scripture tells us how to live in community and get along with one another.

In a biblical worldview, Jesus Christ is the leader we follow.

And since God's word is absolute truth, we can't just arbitrarily reject the parts we don't like. Toss out what doesn't fit into our personal worldview. Because God's word, like God, is unchanging.

But here's the problem. Modern society and its ideas do change. And are now changing rapidly. That's why the biblical worldview and modern culture worldview are clashing. And the sound is growing louder.

A Big Idea Behind A Biblical Worldview Is Sanctity

Sanctity begins with a sense of reverence. First, reverence for a Holy God. The creator and sustainer of life.

God ascribes value to every human life. From within the womb to the end of life.

And because He does, we should too. Value it. Protect it. And work to promote human flourishing around the world.

But sanctity extends beyond the physical world to the spiritual form of holiness.

For many, holiness conjures up images of self-righteous people preaching hellfire and brimstone.

But the idea behind holiness is to be set apart. Not pretentious perfection. As if Christ-followers are morally superior. Rather, it's understanding that in striving to imitate Jesus, your life should resemble His. Not perfectly, but in a recognizable form.

A Big Idea Behind A Biblical Worldview Is Discipleship

In simple terms, a disciple is a follower. Someone who accepts the teachings of a spiritual leader and commits to following them.

Biblical discipleship is a proactive walk of faith. It recognizes that Christ-followers are transformed by the Spirit of Christ. But it is an ongoing process of spiritual development. One where no one arrives in this life. But complete the journey when we meet Him in person.

In a biblical worldview, Jesus Christ is the leader we follow. Who expects His followers to obey His teachings.

Discipleship is a voluntary commitment. And yet it is demanding. Unyielding in its standards. And one that Jesus warned would have a cost. Doesn't sound all that inviting does it?

And yet it is a source of earthly joy, purpose, meaning and hope towards an eternal life. And that's actually pretty cool sounding.

Chip Tudor is a freelance copywriter, published author, playwright and pastor. He publishes drama at chiptudor.com, books on Amazon.com and articles on his blog.

The post What’s the Big Idea Behind a Biblical Worldview? appeared first on The Stream.