Coming Soon to Your Kids’ Classroom: ‘The Protocols of the Elders of Jamestown’ 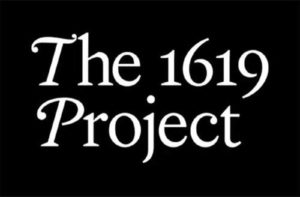 What would you think if a major newspaper published an elaborate, fanciful conspiracy theory? And it implicated one ethnic group with racial guilt, such that we shouldn't trust its members? And if major national institutions colluded in creating the conspiracy theory, to whip up racial resentment and gain political power?

Let's say that this theory got important facts wrong, or simply made them up in the hope that no one would check them. It cast a whole nation in moral disgrace. It contributed to a campaign to dehumanize one race -- asserting that this was acceptable, because that race was rich, privileged, and habitually wicked? What if then this theory was lapped up by ethnic nationalist zealots, and used to warp the minds of children in school?

The Tale of Two Conspiracy Theories

This is not fantasy. I'm describing two real but separate documents, more than 100 years apart. I mean The Protocols of the Elders of Zion, and The 1619 Project.

Each document pretended that it had unearthed historical secrets. The Protocols claimed to be the transcript of a global Jewish conspiracy to afflict Gentile nations with all the evils of modernity. That’s right, everything from sexual promiscuity and disruptive capitalism to revolutionary movements. The 1619 Project pretends that it can explain America’s whole history as the fruits of a white racist conspiracy. Start with the European settlement, then the American Revolution, and then the rise of capitalism. In fact, the authors of the Project assert that America's true founding came not in 1620 with the Mayflower Compact, nor in 1776 with the Declaration of Independence, but in 1619 when the first black slaves arrived in Jamestown, Virginia.

The Protocols claimed to expose systemic Jewish subversion as the motor of world events. The 1619 Project makes similar claims, but for systemic white racism. (This though slavery was practiced worldwide in 1619, but didn't seem to generate capitalism or constitutional government in, say, the Ottoman Empire.) The Project's most shocking claim? That the 13 Colonies declared independence mainly out of fear that King George III planned to free their slaves. Which is strange, since he freed none in any of Britain’s other colonies. Nor would Britain free them for another 56 years.

Smearing Jews as the Root of All Modern Problems

The Protocols were a forgery, of course, quite possibly by the Tsar's secret police -- who wished to discredit revolutionaries as tools of "the Jews." As The Holocaust Encyclopedia recounts:

In 1903, portions of The Protocols of the Elders of Zion were serialized in a Russian newspaper, Znamya (The Banner). The version of the Protocols that has endured and has been translated into dozens of languages, however, was first published in Russia in 1905 as an appendix to The Great in the Small: The Coming of the Anti-Christ and the Rule of Satan on Earth, by Russian writer and mystic Sergei Nilus.

Although the exact origin of the Protocols is unknown, its intent was to portray Jews as conspirators against the state. In 24 chapters, or protocols, allegedly minutes from meetings of Jewish leaders, the Protocols “describes” the “secret plans” of Jews to rule the world by manipulating the economy, controlling the media, and fostering religious conflict.

Beginning in 1920, auto magnate Henry Ford’s newspaper, The Dearborn Independent, published a series of articles based in part on the Protocols. The International Jew, the book that included this series, was translated into at least 16 languages. Both Adolf Hitler and Joseph Goebbels, later head of the propaganda ministry, praised Ford and The International Jew.

In 1921, the London Times presented conclusive proof that the Protocols was a “clumsy plagiarism.” The Times confirmed that the Protocols had been copied in large part from a French political satire that never mentioned Jews -- Maurice Joly’s Dialogue in Hell Between Machiavelli and Montesquieu (1864). Other investigations revealed that one chapter of a Prussian novel, Hermann Goedsche’s Biarritz (1868), also “inspired” the Protocols.

Alas, the exposure of these facts didn't get the Protocols shoved into bookstores’ "Fantasy" sections. The Nazis and their allies pretended that the work was never discredited. In some squalid circles you still see it cited. Arabic editions still sell nicely, I'm afraid.

Training Non-White Americans to Be Paranoid and Bitter

The 1619 Project will have a long afterlife too. Soon after its appearance, its authors received the formerly-coveted Pulitzer Prize. The Times has created lesson plans for teachers to use in history classrooms nationwide. Leftist teachers unions and education bureaucrats are busily preparing to teach the Project as fact in blue states and cities nationwide.

Most conspiracy theories contain some grain of truth. Yes, Jews played their part in the rise of modernity, political liberalism, and the Industrial Revolution. That's why Russian reactionaries chose to scapegoat every Jew, however innocent, for Russia's social problems. Likewise, in the past some white men (along with black men and Arabs) owned and traded black slaves. Does it make sense to attribute blame for that to white people and white-founded institutions today that renounce that historic evil? Only if you think like a paranoid race-baiter.

Major historians -- including the leading progressive scholars in American history who have documented the real evils of slavery, such as Sean Wilentz, Gordon Wood and James McPherson -- likewise have denounced "The 1619 Project" as at heart politicized fiction. One of the scholars now leading the effort to correct the Project's many errors and wild speculations is Philip Magness. (See his new book on the Project.) He notes in Quillette that as such fact-checks appear, the Times outrages journalistic standards by making "stealth-edits" to the text of the Project, shoving the discredited claims down George Orwell's "memory hole."

Here’s a powerful video from the National Association of Scholars exposing the most egregious distortions that are taking root in American classrooms via the Project:

Part of a Racial Hate Campaign Approved by Elites

Nor is "The 1619 Project" some isolated crank pamphlet. Instead it provides (as the Protocols did) the "factual" basis for a campaign of hatred, resentment, and political demands aimed at members of just one race. With corporations forcing white employees to sit through "diversity training" that talks about "toxic whiteness" and "white fragility," bad history has evil consequences.

It even leads to violence in the streets. As The Federalist noted:

Claremont's Charles Kesler wrote a column in The New York Post ... "Call them the 1619 riots," blaming the indignation and utter lack of regard for the nation's greatest men on the misinformation stemming from The 1619 Project.

[1619 Project lead author Nikole] Hannah-Jones responded to the article on twitter saying she would be honored to claim responsibility for the defamation of American heroes and Founding Fathers such as George Washington.

It would be an honor. Thank you. https://t.co/W4HXKY8kCm

Maybe it's time to start going to those school board meetings. Demand to know whether social studies classes in your district will include racist conspiracy theories, old or new. And maybe the business owners whose livelihoods were destroyed in the 2020 riots should sue the New York Times and its Project authors (including Jones) for … reparations.

The post Coming Soon to Your Kids’ Classroom: ‘The Protocols of the Elders of Jamestown’ appeared first on The Stream.