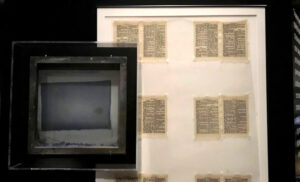 “For as the rain and the snow come down from heaven and do not return there but water the earth, making it bring forth and sprout, giving seed to the sower and bread to the eater, so shall my word be that goes out from my mouth; it shall not return to me empty, but it shall accomplish that which I purpose, and shall succeed in the thing for which I sent it.” (Isaiah 55:10-11)

Ken Howard, an American economics professor from Dallas, was shocked on his trip to Moscow in 1972 to discover that most Soviets had never seen -- let alone read -- the Word of God.

The Museum of the Bible in Washington, D.C., is now hosting an exhibit honoring Howard's tireless efforts and amazing exploits to change that situation. In the exhibit, "Serving the Soviets," a video features Howard, now in his 80's, relating how he made that discovery when he met a Russian man named Igor Makenskov. 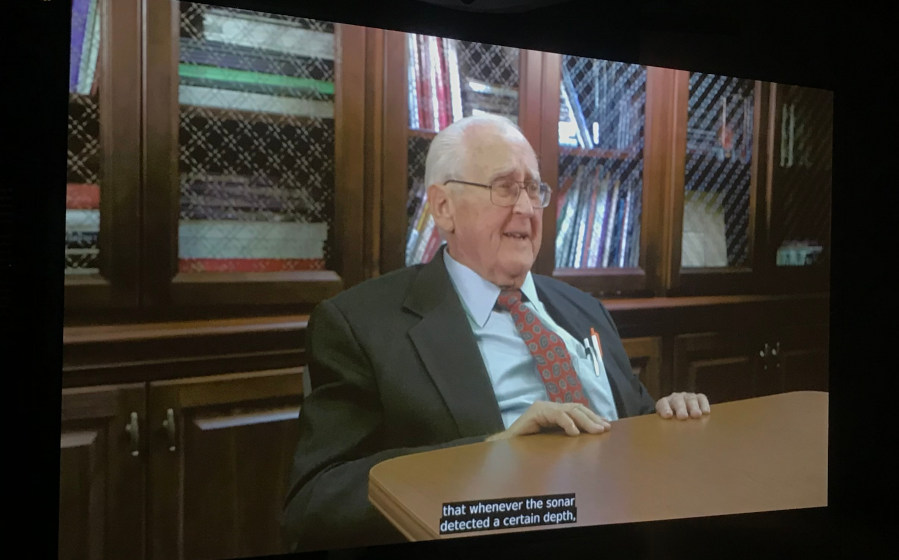 The Communist Clamp-Down on Bibles

By asking Makenskov a few basic questions Howard learned that, typical of most Soviet citizens, Igor had no idea what the Bible was about. And he had only seen the cover of one twice in his life. Although the Bible was not outright prohibited by the regime, access was extremely limited. Howard's encounter with Makenskov was like a call from God. It started him on a decades-long adventure to provide the Bible to people in the USSR.

I recently visited the "Serving the Soviets" exhibit that opened February 26. (Yes, the museum is open for in-person visits, with the required social distancing and masks.) And I discovered a part of the story of helping oppressed and persecuted believers that I had never known in all my years of knowing about Christians in the Soviet Union, praying for them, writing letters to them in prison, and even going to still-Soviet/Glastnost Moscow in January 1991.

My passion to be an advocate and intercessor for the persecuted Church was first lit by a brochure from Eastern European Bible Mission in the mid 1970's. That brochure opened my eyes to the reality of Christians under Communism. I also learned about brave Christians who smuggled Bibles into the Soviet-controlled countries.

But I never knew about Howard and his "Plan A" and "Plan B" that form the fascinating exhibit. And that makes sense. According to an article on the website Missions Box, the Museum of the Bible exhibit is "the first public telling of Howard's story"!

On the "Serving the Soviets" exhibit video Howard explains how he and his colleagues used all the usual methods of smuggling Scriptures into Russia. Plan A actually was several plans: hiding Bibles in bumpers, gas tanks, and tires of cars; bribing border guards to "overlook" Bibles; and packing Bibles with crews on cruise ships and ferries.

But there was an even more ingenious strategy in Plan A that comprises a fascinating part of the exhibit. Who knew that in the late 1980's creative, determined Bible smugglers worked three years to bring Bibles to the Soviet Union with robotic boats!

Like something out of James Bond, the exhibit relates:

Their most elaborate plan was to operate a robotic boat across the border, sink it with the Bibles wrapped in a watertight container, and activate a tracking beacon for their operatives inside the Soviet Union to retrieve.

Howard built the guidance system for the boat and his brother-in-law created the submersion device (on display in the exhibit). Nicknamed "the instant hole," that device would sink the boat so it could travel surreptitiously from Finland to Russia.

The details of this amazing enterprise attempted on May 19, 1980, are included in the exhibit video, including live footage of the robotic boat. Sadly, just before they reached the launch point to which they were towing the robotic boat, the transmission on their return boat failed and they had to abort the mission. Incredibly, they did not give up.

Howard and his friends realized that their enterprise was too expensive, time-consuming, and dangerous. More and more people in Russia "were being sent to prison and punished in other ways." There must be a better way to bring the Word of God to Soviets! That better way, described by Howard in the video and displayed in the exhibit, was Plan B. If it was not possible to bring Bibles to the Soviets, why not bring the Soviets the ability to print them? They could not use official, aka State-controlled presses. But they could create their own means of Bible production. 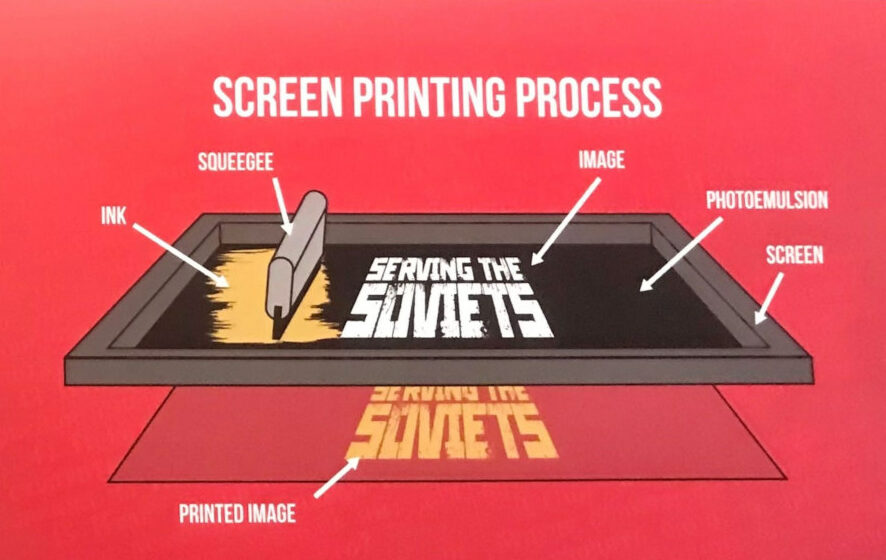 The display at the exhibit explains how screen printing to create Bibles was accomplished in a joint local and overseas effort. In Russia, the people constructed the frames and created the ink. Those from overseas smuggled in fabric for the screens by way of curtain material or women with an affinity for petticoats! The exhibit features actual Russian Bible pages created through screen printing and the last known existing screen frame from the 1980's.

The exhibit reveals that this became "the primary method in which the Bible was created and distributed in the USSR for a decade."

I wondered if the irony was lost on the Soviet authorities -- that these American Christians (Capitalists, most likely!) had transferred "the means of production" to the people! Indeed, this efficient method eventually produced 45 Bible pages a minute. The exhibit reveals that this became "the primary method in which the Bible was created and distributed in the USSR for a decade." It was how the Word of God was disseminated to accomplish His purposes in the Soviet Union, in the underground Church, and among the people hungering and thirsting for His Word.

The Museum of the Bible's "Serving the Soviets" exhibit demonstrates how God kept that promise. It shows how a team of Americans answered God's call to send His Word to Soviet Russia. And when that Word came, it was like the rain and the snow watering the earth and giving seed to the sowers of His good news and the Bread of Life to the people of the USSR.

Do go and see "Serving the Soviets," and all the great exhibits at the Museum of the Bible. It is on Floor 2, the area of the museum dedicated to The Impact of the Bible, through the end of 2021.

Faith J.H. McDonnell is the Director of Advocacy at Katartismos Global (KGI), a non-profit ministry started by Rt. Rev. Julian Dobbs and his wife for the equipping of the saints for ministry. Faith is the author of Girl Soldier: A Story of Hope for Northern Uganda's Children (Chosen Books, 2007).

The post Museum of the Bible Tells Story of Man Who Brought Bible to Soviets Through Screen Printing appeared first on The Stream.