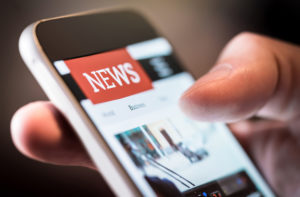 The Journalism Competition and Preservation Act (JCPA) is a bait-and-switch attempt that claims to help conservative news sources but would instead purge them from the marketplace of ideas, and Congress should reject it for the freedom-killer it is.

JCPA would give media companies -- broadcast and print -- an exemption from federal antitrust laws, so they can operate in a coordinated fashion to negotiate prices that social media companies like Facebook would have to pay them to carry their content. It would ensure that these tech billionaires would have to direct some of their riches into content providers.

But that's a Big Boys' game where the major players could decide who to let into their club. Smaller outlets would be left out in the cold, and the market would suffer.

This is because almost all of the Big Boys are liberal. For print, there's the New York Times and the Washington Post. For video content providers, you have the networks, CNN and MSNBC. The twin star performers owned by News Corp -- Fox News Channel and the Wall Street Journal -- are some of the only ones to the right of the 50-yard line.

The bill's supporters say it would help small, conservative outlets like the one you're reading now. No chance. I talk almost daily with friends on Capitol Hill, and I heard from them the names of a couple of hard-charging right-wing outlets who were supposed to be the beneficiaries of this legislation. But then I talked with the CEO of one of those companies and found out that no one had approached him on this bill before it was rolled out. (And for that matter, he opposes it.)

Aside from having done thousands of interviews over the past half-century, I used to be part owner of some radio stations and know how the media industry works. The reality is this: Media companies prefer cartels and monopolies, just like many other businesses.

The Bait and Switch

That's what this is -- a classic bait and switch. News Corp would be fine under the JCPA and with it all of that company's conservative voices. But there are as many moderates at Fox News and the Wall Street Journal as there are conservatives and more than a few liberals. Facebook couldn't turn those outlets away, but that company might be the only right-of-center media company at that level. It would effectively give Fox and the Journal a monopoly on news that is not hard-left, which means that "conservative" would be whatever the Murdoch family says it means. People who get all their news from social media -- and there's an increasingly high number of those -- would never hear voices like the ones who they are accustomed to reading at this outlet.

So JCPA would allow the liberal big media company to have a cartel with only one non-liberal company. All the plucky, intrepid conservative outlets could form their own cartel, but it would make up such a small slice of the media pie that social media could ignore them altogether.

If Facebook has to negotiate on a rate to carry news from outlets that are stridently conservative, they would just let the conservative outlets name a price -- any price -- agree to that price per piece, then rarely or never take any of their pieces. In theory, everything is okay because they have an agreement, but the big tech titans would just never pick up any content under the agreement.

Ken Blackwell is a Senior Fellow at the Family Research Council and a member of the Board of Directors of the Public Interest Legal Foundation.

The post Media Cartel Bill is Bait and Switch to Strangle Conservative Outlets appeared first on The Stream.