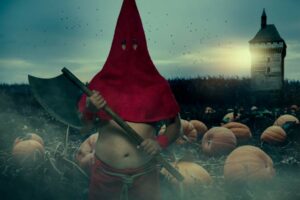 In October 2020, the conservative writer Joseph Bottom sent out a tweet. "The treatment of @markgjudge was awful, and the failure of those who published him to defend him was among the most despicable -- so he ends up washing dishes."

Bottom was responding to the news that I had taken a job washing dishes. This was when it was hard to find work after 2018. My unemployment was something that surprised a lot of people. Many of them thought that after what happened to me, official conservatism would set me up in a think tank or a journalistic enterprise.

I had to remind people that most of what's called "Conservatism, Inc." is a gated community, without a taste for actual battle. The people manning think tanks or legacy magazines are like the flaccid senate in the movie 300. They're busy diddling and pontificating and lecture-circuiting and never-Trumping, while a small group of soldiers goes out to meet a threat.

In 2018 that threat came for me. The Washington Post published an article in which Christine Blasey Ford, a psychologist in California, tried to destroy my life. With the help of the media and opposition researchers, Ford claimed that Brett Kavanaugh -- nominated for the Supreme Court and about to be voted out of committee -- had sexually assaulted her when the two were in high school at Georgetown Prep in 1982. Ford claimed that I was in the room where the assault allegedly took place. She said that I witnessed everything before jumping in and breaking it up.

The entire thing was a set up. The plan was to tie me, a former drinker with a rebellious past, to Brett. They wanted to, as the ubiquitous talking point at the time put it, attach us at the hip.

The plot failed. I have since been writing a series about it for The Stream, and launched a GoFundMe for interested supporters who wish to help me write my book about it. The reaction from grass roots conservatives has been fantastic.

Dish Washers of the World, Unite!

Official conservatism has been oblivious. They are out of touch with the dish washers of the world. Recently National Review editor Charles Cooke wrote an engaging piece that reveals this. "Our Illiberal Moment" argues that Americans are losing the virtues necessary to sustain a democratic republic. Those virtues are humility, tolerance and forbearance, and the modern totalitarian left has no regard for them. 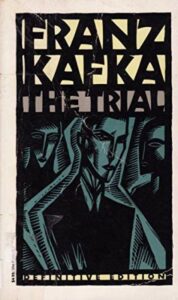 Cooke recounts the 2018 attack on Brett Kavanaugh, when a mob formed and attempted to disregard due process and the presumption of innocence. Cooke then offers this: "Sometime soon, the hideous standards that were crafted and reinforced by those attempting to bring down Kavanaugh will be used against someone with no power, money, name recognition, or institutional backing."

Sometime soon? In fact those "hideous standards" were already deployed against someone without power, money, name recognition or institutional standards.

That person was me.

In 2018 I became Josef K. in Franz Kafka's The Trial, a man is accused of a crime. But no one will tell him what, where, when or how the crime was committed. The novel's opening sentence still haunts me: "Somebody must have slandered Josef K, for one morning, without having done anything wrong, he was arrested." In October 2018, as my name was still on the cable shows, critic John M. Ellis wrote a perceptive essay on Kafka. The great Czech author, observed Ellis,

saw something that the Enlightenment philosophers didn't: that even after they have persuaded everyone to be guided by reason, human nature will not have changed. Those people who are now supposedly on a better path will still be essentially as they were before. The irrational side of their nature will not have gone away: it will just find another way of expressing itself. It will co-opt reason and employ it in the service of the same drives, ambitions, and even foolishness that were there all along."

The Rush to Judge-Ment

In short, without law, virtues and due process, people become like wolves. The first I heard of Ford's accusation was not from a politician. This even though Senator Dianne Feinstein's office had a letter that Ford had sent to her in July. Nor from law enforcement, which would have been the most obvious and lawful route.

No, I got a call from Ronan Farrow of The New Yorker. Farrow asked me about "sexual misconduct in the 1980s" involving myself and Brett Kavanaugh. Blogger Allahpundit put it well:

Judge apparently found out he was named in the letter when Ronan Farrow called to ask about it. Farrow offered no details about when the incident supposedly happened or where, or even the name of the woman. Judge has been accused of participating in an attempted rape with a would-be Supreme Court justice, in other words, and can't even get the basic facts of the allegation provided to him. It's Kafkaesque.

There are few people who know how deep or dark the hit on me was. There were extortionate phone calls. Indefatigable press mobs. Pompous declarations by supposedly responsible people that my guilt or innocence didn’t matter. Then some terrifying episodes involving honey traps, stalkers and threats.

The "hideous standards" that Cooke warns about in his National Review piece? The Kafkaesque nightmare that comes for a normal person, already came for one, in spades. How could this editor of National Review forget that?

We need some extra help at the dishwashing station if Cooke wants to get his hands dirty and talk about it.

The post NeverTrump Elites Didn’t Help Me During My Kafkaesque Media Show Trial appeared first on The Stream.